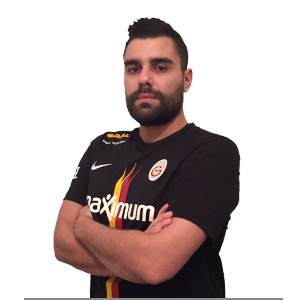 29-year-old Stavros is from Thessaloniki, Greece, making him one of the two first Greek players to compete in the league. Although this is his inaugural season in eFootball.Pro IQONIQ, his experience in PES dates back to 2012, when he was named player of the year in Greek PES League. He also placed third in the Greek finals in 2013 and was the Greek Cup champion in 2015. The following years he was very active in PES resulting in two Greek championship titles in 2020. His hobbies include gaming and football.