LoScandalo earns the final MVP award of the Regular Season

The Italian team representative’s gameplay led to the €10,000 prize, and helped Juventus place first on the league table

LoScandalo is the third Juventus player to receive the MVP recognition in the 2020-21 season of eFootball.Pro IQONIQ. He earned the second highest number of CO-OP points from the entire ninth matchday, with a 3,326 point total. His performance not only contributed to Juventus’ official qualification in the Knockout Stage, but also aided in the Italian squad reaching first place on the league table for the first time this season. 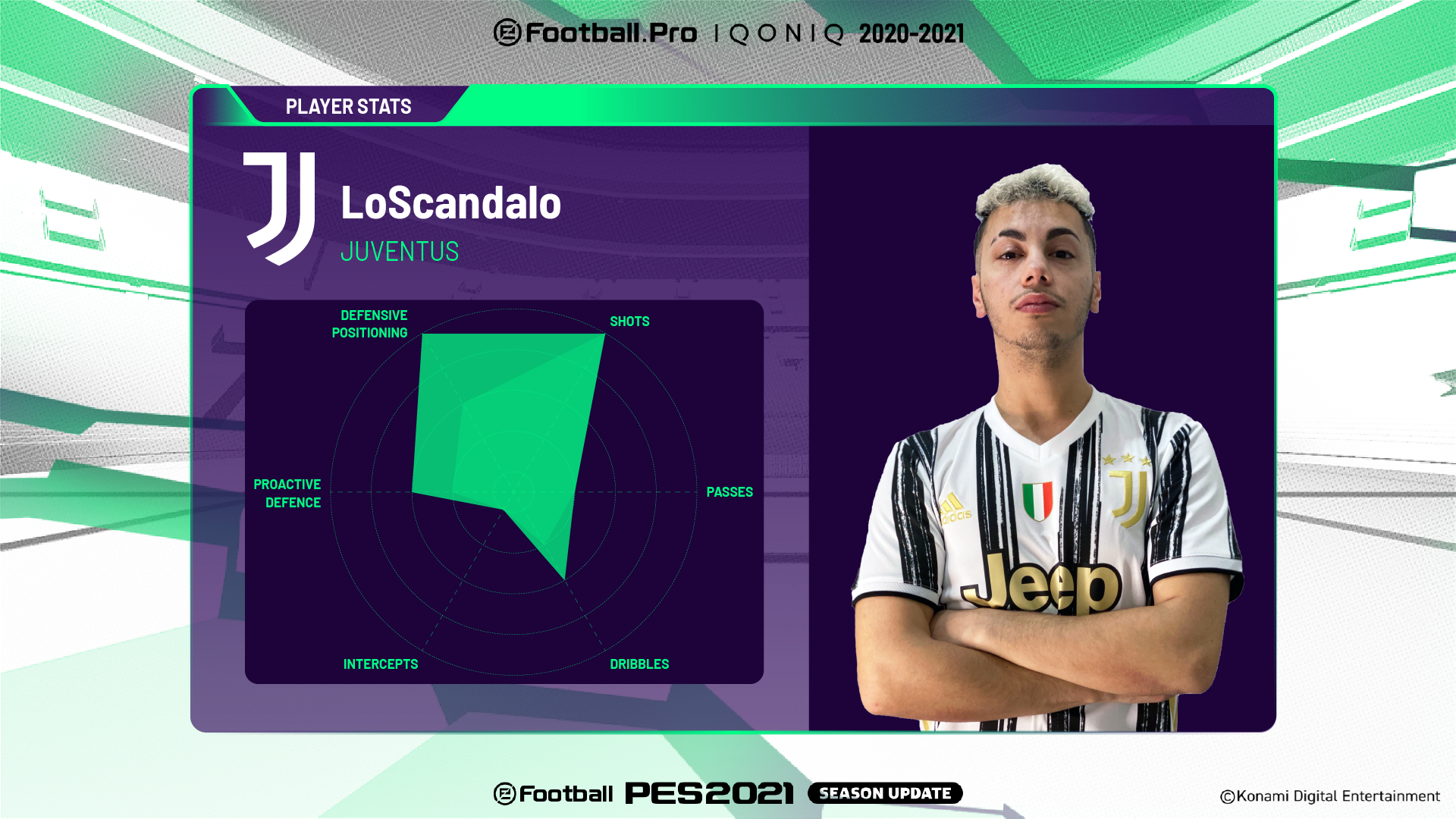 Although the only goal in Game 1 was scored by his team captain ETTORITO97, LoScandalo was credited with the assist. Throughout the first competition, he had an impressive 69% success rate for his passes, and an outstanding 96% for his dribbles. He had the highest number of CO-OP points amongst both his teammates and opponents with 1,956 points, while all three of his English competitors were unable to even break past 1,300 points. Leading the game in passing, dribbling, and defensive positioning, he assisted his team in earning the first three points of the match.

In the second game, LoScandalo was responsible for two of the three goals scored on behalf of Juventus, with the first in minute 52’ and the following in minute 64’. They contributed to the 3-2 victory for the Italian team, securing all six points that placed them first on the league table. In Game 2, his success rate was 48% for passes and almost 70% for dribbles. 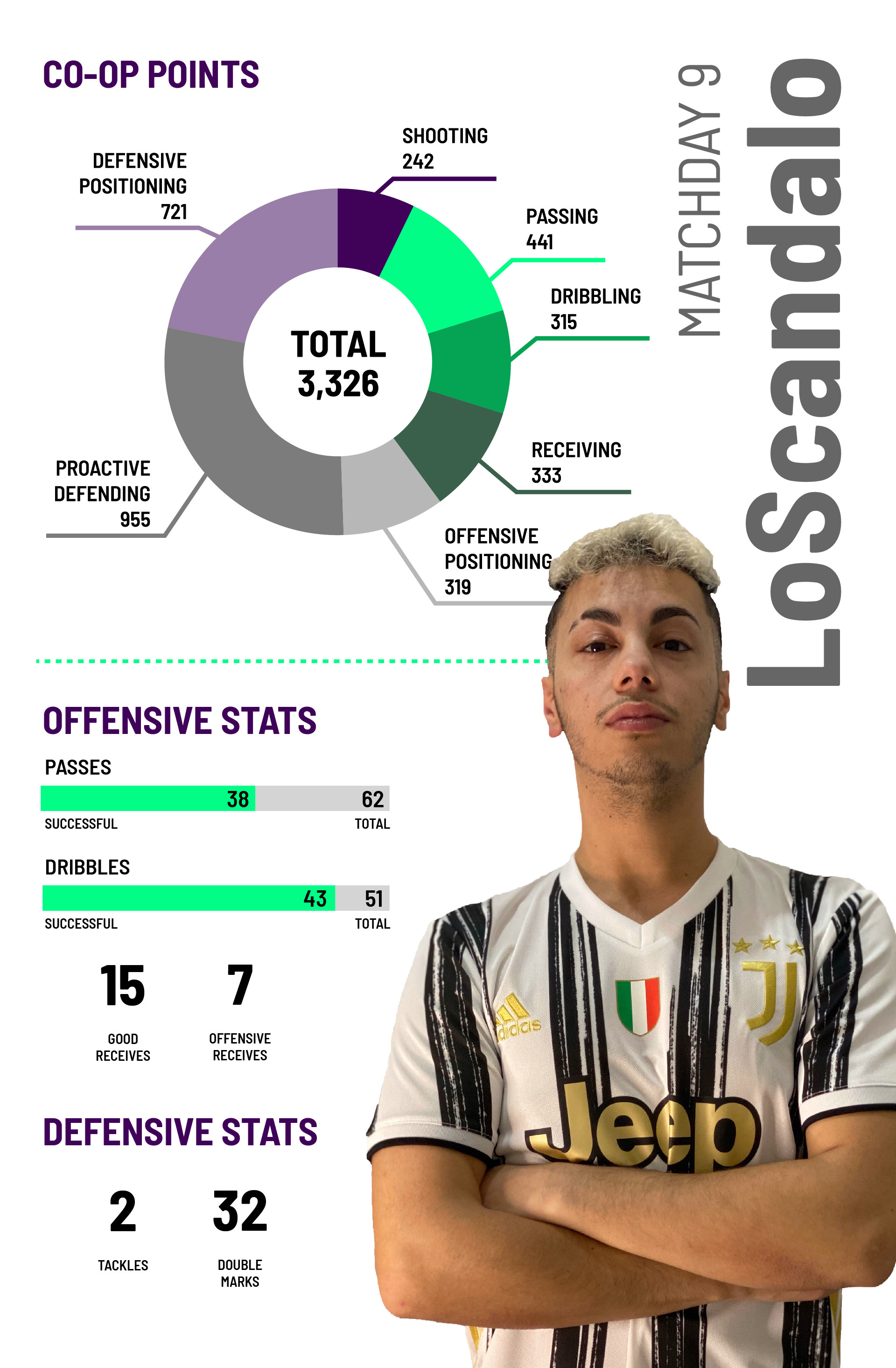 LoScandalo’s MVP recognition comes after his teammates had both already been awarded with the prize: ETTORITO97 in Matchday 2 and IL DISTRUTTORE44 in Matchday 5. It is also paired with another Juventus award of Matchday 9, as IL DISTRUTTORE was given the prize for best goal of the final competition of the Regular Season. The talented trio’s award-worthy gameplay has earned them an automatically secured spot in the Semifinals of the Knockout Stage, where they will face the winner of the Quarterfinal between FC Barcelona and FC Schalke 04. Juventus’ battle for the eFootball.Pro IQONIQ championship title will go live on Saturday, June 5th.