After consistent standout gameplay, the Arsenal FC captain was finally recognized with the €10,000 prize

After earning a position in the top five players for CO-OP points in six of the past seven matchdays, Arsenal FC captain INDOMINATOR has finally earned the title of Most Valuable Player for his performance in Matchday 7. Not only was he the top player of the most recent competition with 3,513 points, but he is also ranked in 1st place overall for CO-OP points so far this season with 23,362 points. His impressive gameplay has undoubtedly contributed to Arsenal FC’s consistent first place rank that they have maintained over the past three matchdays.

Although the Gunners were unable to achieve a win in the first game, INDOMINATOR was the sole goal scorer on behalf of his club with his shot in minute 39’. He also led the game in shooting, dribbling, and receiving. Offensively, was the top player in good receives, forward runs, and the only player to achieve a key pass throughout the game. The team captain also ranked highest in passes, with 75% of them being successful, as well as in dribbling, with a 94% success rate. 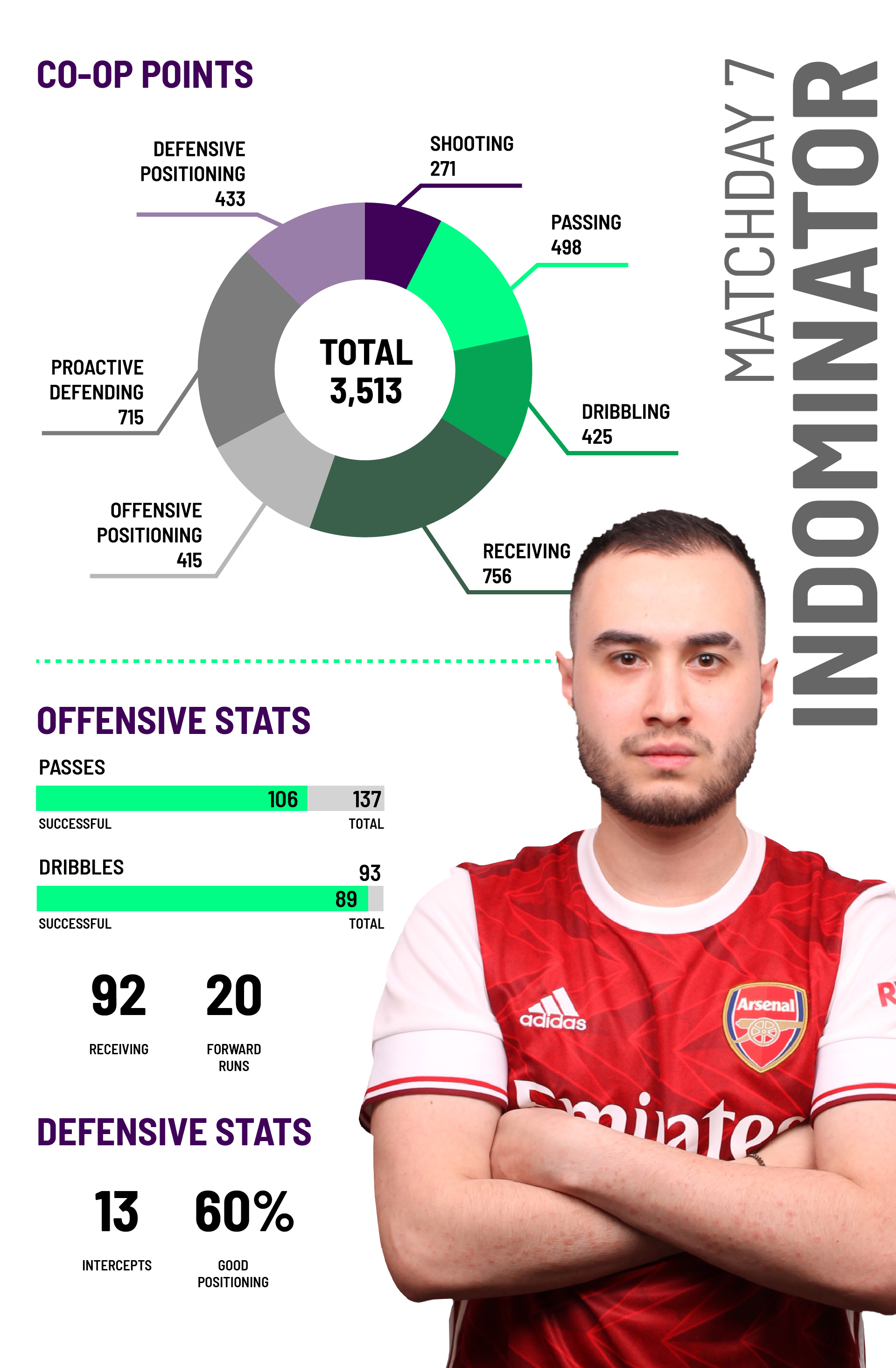 In Game 2, INDOMINATOR led the competition in CO-OP points at 2,042, with all three of his Turkish opponents being unable to break past 1,400. He managed to gain the highest amount of points in receiving and offensive positioning. Of the four shots he took in the second game, three were on target and one resulted in a goal for the English club in minute 43’, helping create the 2-3 result that won the game for Arsenal FC. 80% of his passes were successful, as well as almost 98% of his dribbles. With 65% good positioning, he surpassed both his teammates and opponents defensively in this area as well.

INDOMINATOR has stood out amongst the other eFootball.Pro IQONIQ players throughout the season, especially with goal scoring by currently ranking second with 12 successful shots made so far.  He also leads the league in passes (811), passes made (618), and dribbles (632). In addition, he has dominated his way into the top ten positions for shots on target and passes intercepted.

Take a closer look at this season's s...