An overview of the eFootball.Pro Cup competition structure and details as the July 18th broadcasting date approaches

The eFootball.Pro Cup will be broadcast starting on July 18th, with the first day of the Group Stage. The second day will be broadcast on July 24th, then the Knockout Stage to follow, both the Semi-Finals and the Final, will be on July 31st. This competition will keep the same 3v3 format and setting mirroring those of eFootball.Pro. The total prize pool for this tournament is a total of € 250,000,  which will be presented to teams and players based on their collective and individual performances throughout the eFootball.Pro Cup. This will include the awards for Most Valuable Player and best goal of the stages.

The teams will be separated into two groups, Group A and Group B, selected by random draw. Each group will have five of the eFootball.Pro teams that competed in the Regular Season. They will compete against each other over two days of the Group Stage format. Each club will play four single matches in a round-robin format. In the event of a draw at this point in the tournament, the rules will reflect those in eFootball.Pro. First would be the match between the teams that are tied, then it would move to the greater goal difference, and finally, if needed, the tie-breaker would be determined by the goals in favor. 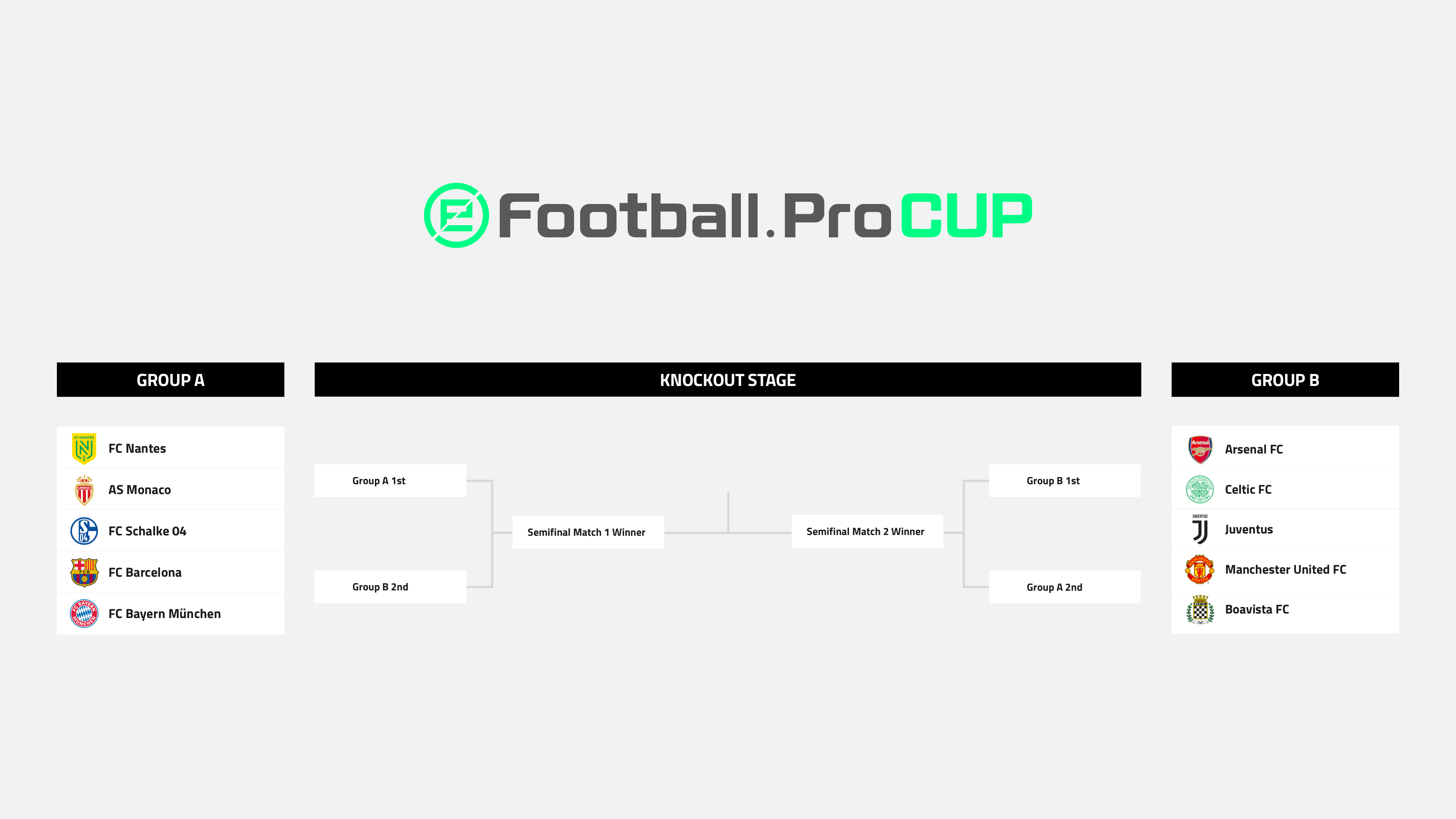 The winners of the Group Stage, and the runners-up, will then advance to the Knockout Stage. These remaining clubs will play two matches in a home and away format, making up the Semi-Finals. The winner from Group A will face the runner-up team from Group B, and the winner from Group B will be set to play against the Group A runner-up team. In this stage, the score will be the sum of goals between Game 1 and Game 2. Extra time and penalty shoot-out rules will apply in the event of a tie at this point in the competition. The Final of this tournament will be played as a single match between the two victors of the Semi-Finals.