Take a closer look at the iconic collaborative team goal that earned the €10,000 award and contributed to placing FC Barcelona in first place

Not only was FC Barcelona’s THE PALMA awarded as MVP of the third matchday of the 2020-21 eFootball.Pro IQONIQ season, but his goal in minute 49’ of Game 1 against AS Monaco earned recognition individually for being the best goal of an already iconic competition. This specific shot brought the score to 1-3 in Barcelona’s favor, where it remained for the rest of the game, earning the Blaugrana squad the first three points of their eventual six point total.

Harry Channon: "He has been trusted to put this team together and it's good so far.”

Even before the award-worthy shot was accomplished, Harry Channon entered the half praising the team captain: “I’ve been really impressed with how THE PALMA has been directing traffic and feeding ALEX GRD for the two Barcelona goals so far.” Right before the goal, continuing to note: “The only surviving player from the FC Barcelona team last season, he has been trusted to put this team together and, boy, is it good so far.” 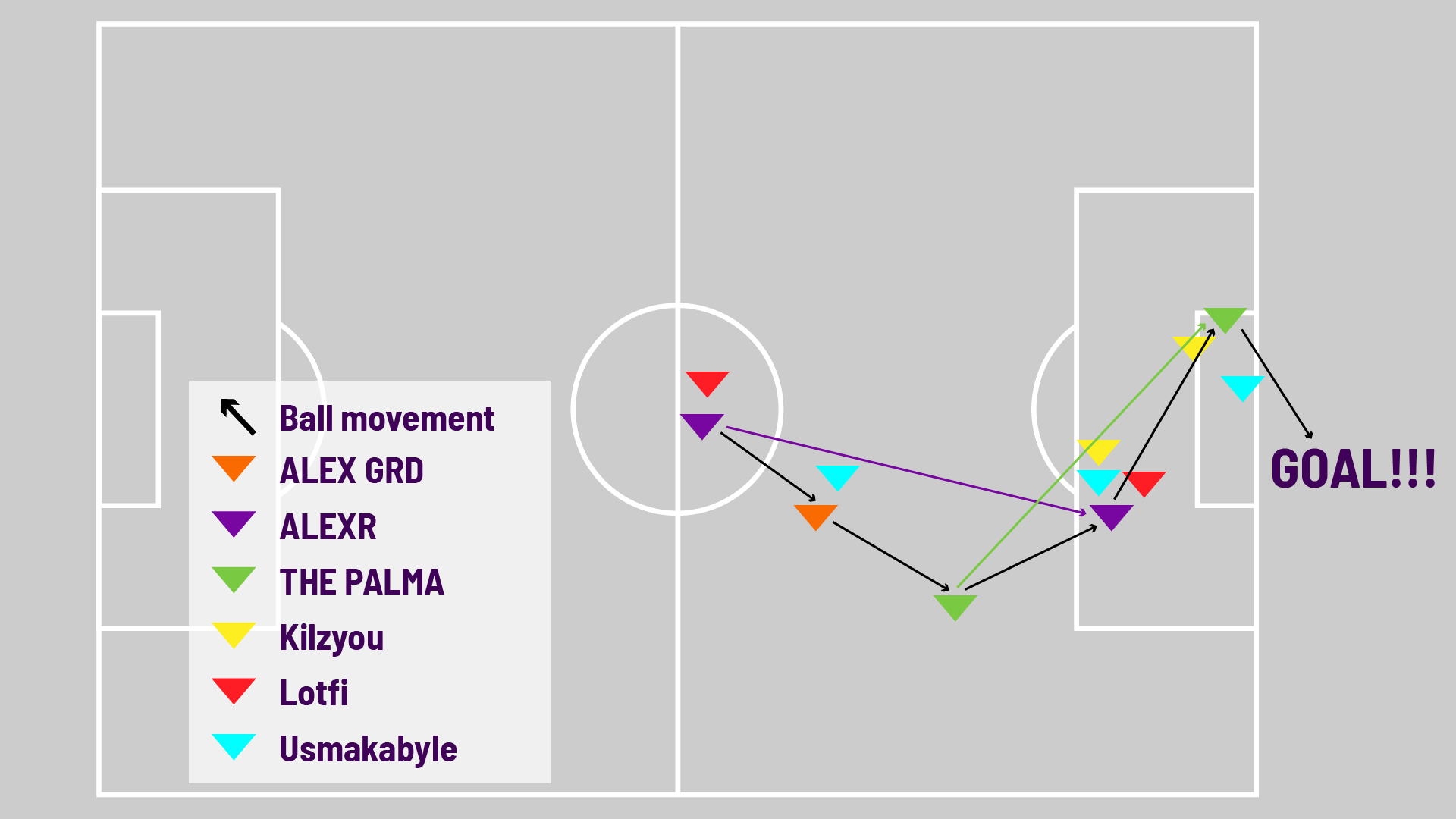 The play began with youngster and best goal award recipient of Matchday 1, ALEXR, sending the ball from the center spot forward to ALEX GRD. He then quickly kept the ball moving towards the Monegasque goal with a pass to THE PALMA. ALEXR had moved ahead to wait inside the penalty area, to the right of the penalty arc where he received the ball from his team captain. Successfully evading all three members of the AS Monaco trio and their attempts to regain possession, he then “had the vision” to execute an outside of the foot pass across to THE PALMA, who was waiting for the assist just inside the left corner of the goal area. In the final move, he was able to keep the ball from Kilzyou, and Usmakabyle’s final line of defense, by sending the ball into the left corner of the goal, successfully achieving his first of four goals that day.

This noteworthy shot was just one of seven completed by FC Barcelona throughout Matchday 3, which ultimately earned the Blaugrana trio six points and a new top position on the league table, taking the spot of former first placing AS Monaco. Their performance throughout the 2020-21 season up until this point has managed to catch the attention of the league, leaving Barça fans hopeful for Knockout Stage qualification later on in the competition.