Relive the World Finals 2022 again with this video recap

After three online rounds with hundreds of players from all over the world, the eFootball™ Championship Open, which started on 27 June, reached the final round, the World Finals, two weeks ago. The event hosted 24 finalists from 3 different regions (Europe & Africa; the Americas and Asia, Oceania & Other areas), who were divided into 4 platforms: PlayStation®, XBOX, PC Steam® and, for the first time ever, Mobile. Each platform had a Group Stage of 2 groups, 3 players per group, facing each other in matches at a single game. The winner of each group went through to the grand finale to become the world champion of their platform. First place was awarded with $13,000, second place with $3,000 and $1,000 was given from the 3rd to the 6th player.

On PlayStation® platform Brazilian Futefacil10 took the crown against Jordanian SaifAlhacker55 in a match that went into extra-time and a heart-stopping penalty shoot-out. After the match, Futefacil10 said he was very happy and shocked at how well it went for him during the entire competition; and that he would celebrate the title at a barbecue party, but the following week he would be focused again in the next tournament.

On XBOX, Italian xNaples17x lifted the title against former Open’s World Champion Ivanmelian, from Argentina, in a tight match that ended up 3-2. The Italian said it was a very difficult tournament for him because he played against very strong opponents, so the satisfaction was even bigger. He also assured that he will train a lot to improve his level to make himself stronger for other tournaments, but that in the meantime he would celebrate this championship title with his family and friends, hoping that in the future he will have bigger opportunities on eFootball™.

On PC Steam® platform, former runner-up Verdy_Takaki_ took home the trophy after defeating Peruvian NER- by a heavy 4-0 scoreline. The Japanese winner said he was really happy at that moment as he made amends from last year’s defeat in the Final against fellow countryman Ebipool and his hard work of practicing every day had paid off. However, in his own words, “his ultimate goal is to keep competing and be active in the eFootballTM Championship Pro, so he will keep working hard again”. Verdy_Takaki_ also thanked his family for supporting him all the way, his friends who have worked hard with him throughout the year and those who had continued to support him on his social media.

The Indonesian ig_asgard_azizi became the first eFootball™ Championship Open winner ever in the Mobile platform after beating Brazilian SERGIGAME by 4-2. The Indonesian was surely delighted with such a beautiful gift for his 33rd birthday and for his country Indonesia's 77th birthday. He said he was very happy to be the World Champion this year, as he started back in 2019 and in just 3 years he managed to win the title. He also took time to thank his team BTC ESPORT, and the EFO NTB community, and his friends from ESI NTB and Telkom who fully assisted him. He now hopes to enter the eFootballTM Championship Pro next season. 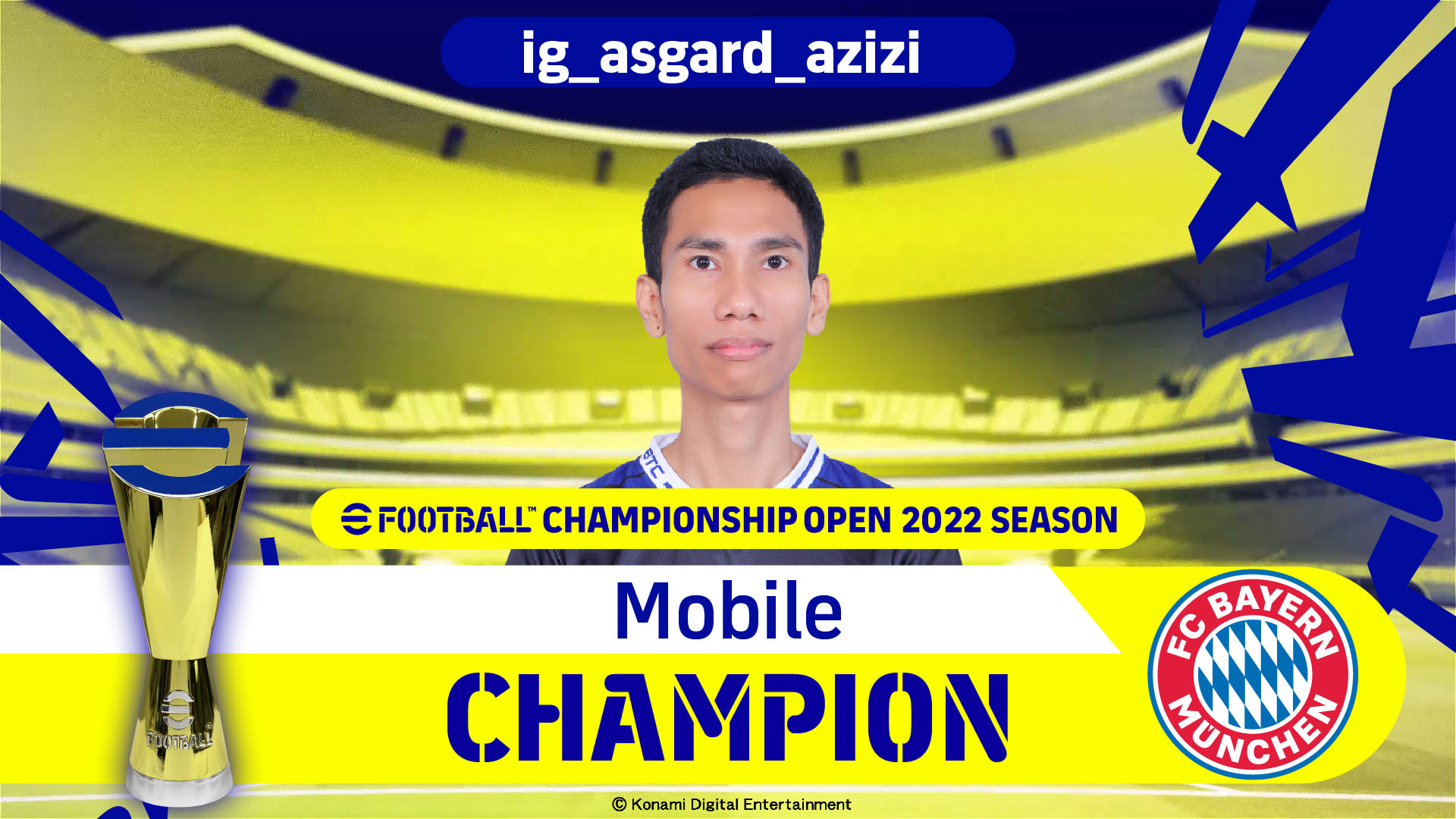 If you missed the live stream of the World Finals, you can now watch it in the video below:

Find out when the World Finals will b...