Clubs and players participating in the eFootball™ Championship Pro 2022 season

Eight top-notch clubs return to the competition bringing back together the best esports players in the world on next Saturday, June 11th.

eFootball™ Championship Pro 2022 kicked off last Saturday, June 4th, with a Group Stage Draw ceremony held by Mark Scott, who was also accompanied by commentator Harry Channon and pundit Stewart Westley “Wezza”. The draw revealed the groups and the order of the clashes over the two weekends of the Group Stage, leaving some interesting encounters that will demand the maximum from everyone in order to advance to the Knockout Stage.

This year the characteristics of the competition have changed in some aspects such as the format of the matches, which will be divided into three 1vs1 games, eliminating the co-op option of previous seasons. This may be one of the reasons that has led some teams to sign new players and build up a new squad, while other clubs have preferred to rely on their players from last season. Let's take a look at the clubs and squads that will be participating this coming season in Group A.

One of the classics of this competition, The Red Devils return to the eFootball™ Championship Pro 2022, where they will surely be looking to make amends for last year's performance that prevented them from progressing to the KO Stage. For this season, the British team remains confident in its squad, which includes Dutchman Eldridge O'Niel (E_C_Oneill), Frenchman Kamel El Morabet (Kams10_) and Poland's Mikolaj Zietek (Ostrybuch). 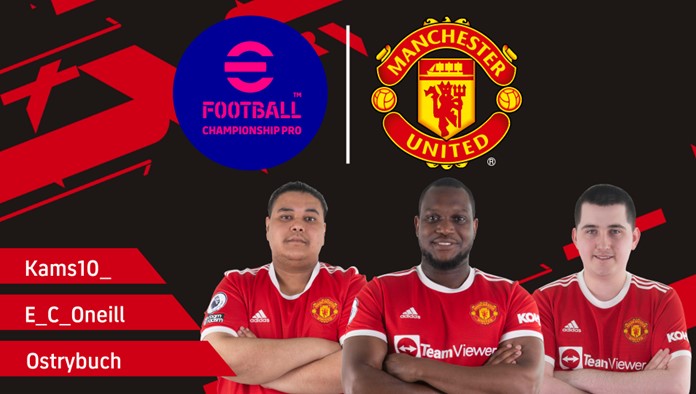 This season, the German giants will try to lift the trophy for the second time after winning it in 2020, but failing to make it past the Group Stage last year. FC Bayern München will once again be fielding an all-Spanish squad, consisting of Jose Carlos Sánchez (FCB_JOSE), Alex Alguacil (FCB_Alguacil) and Miguel Mestre (FC_Mestre), under the guidance of the Austrian coach Matthias Luttenberger (Lutti-1). 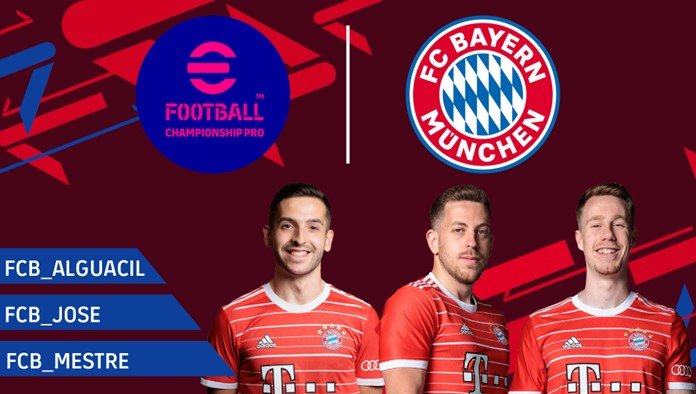 The Scottish club enters its fourth season of eFootball™ Championship Pro determined to win the trophy and overcome the bad experience of being relegated from the Group Stage. This year it has strengthened itself with an entirely French squad, signing last season's Top Scorer Kilyan Faucheux (Kilzyou), fellow Frenchman Lotfi Derradji (Lotfi) (both former AS Monaco players and finalists last year) and returning Azzdine Ait Ouzdi (Aazbabysk). 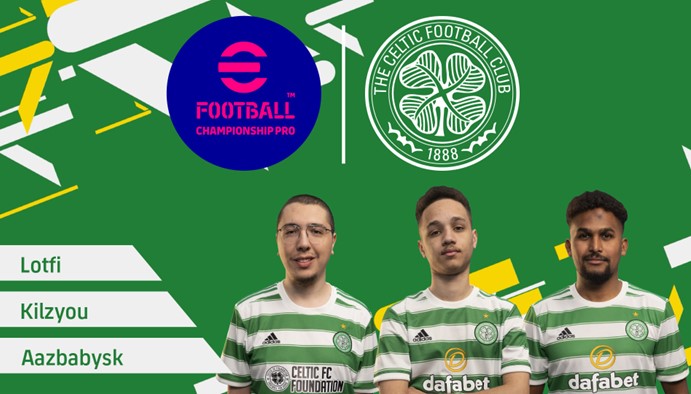 The French League 1 club will repeat in the competition after a magnificent 2021 season, hoping to claim the trophy this time. The Monegasque representatives this year will be captained by 3-time world champion Rachid Tebane (Usmakabyle), who will be assisted by 5-time Brazilian champion Guilherme Fonseca (GuiFera) and young promise Lucas Lorge (Nekza). 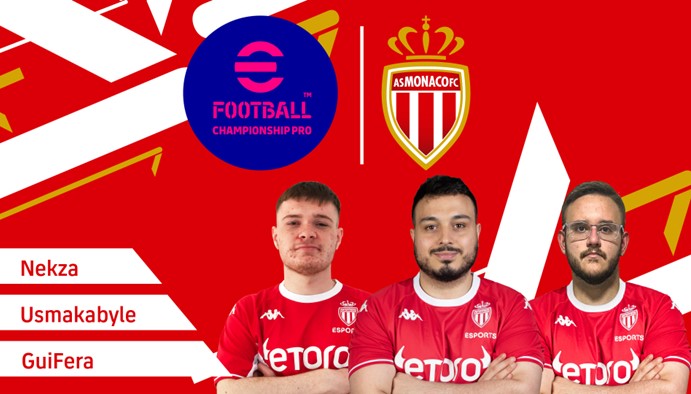 On Sunday, June 12th, the teams drawn in Group B will try to take the first points home. Here they are:

The blaugrana squad returns to the competition for the fourth season in a row. Last year they were eliminated in the quarter-finals, but they are back for a better result. Repeating from last season, captain Saul Chávez (THE PALMA) and competition’s youngest player Alex Rulo (ALEXR) put the Spanish brand in the culé team, which for this season incorporates former AS Roma’s Marko Roksic (ROKSA), the Serbian player recently champion of the eEuro 2021. 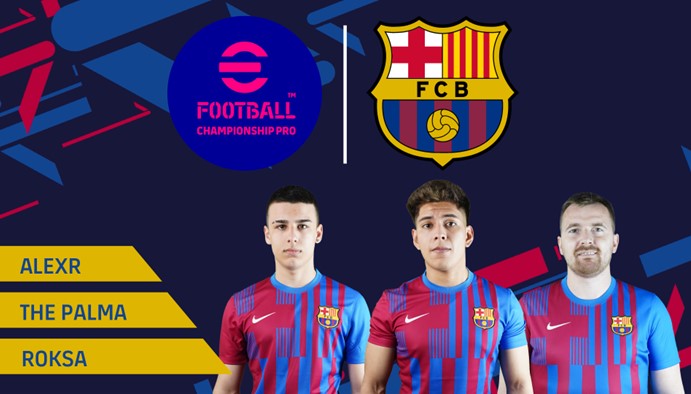 The second British team to compete in this tournament will be Arsenal FC, who return for another attempt to reach the knockout stage and win the eFootball™ Championship Pro. The Dutchman Yos Sonneveld (INDOMINATOR) and the Portuguese Pedro Barbosa (barboza) repeat at the head of The Gunners, who this year have made an important addition, the Italian veteran Emiliano Spinelli (S-Venom) who last year played for AS Roma. 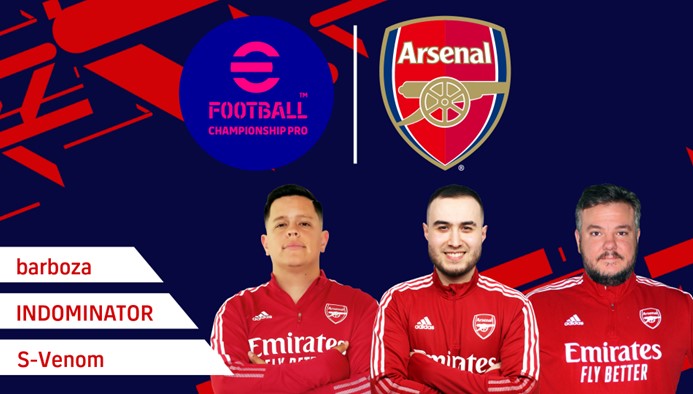 New year, new template. That must have been the thought of the Italian team that last year garnered a formidable second place in the regular league and stayed on the verge of the final. This year, the Giallorossi will be Romanian Adrian Urma (ASR_Urma43), Italian and former Celtic FC player Salvatore Gagliardo (Gagliardo28) and fellow Italian Andrea Galimberti (ASR_STIFFLER), the new reinforcement for this season. 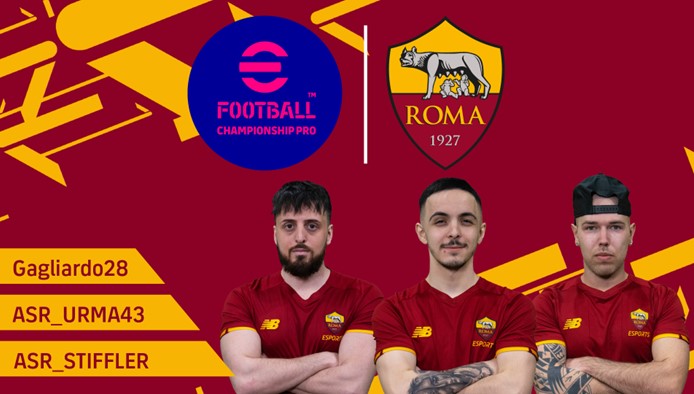 The Turkish team returns this season fielding just one player from last season, Mücahit Sevimli (Mucahit21), and having made two new signings coming from Serbia: eEuro2021 champion Stefan Slavkovic (Kepa_PFC) and competition rookie Djordje Milicevic (Djole). All three will try to get out of the group stage and gain a foothold among the great contenders for the trophy. 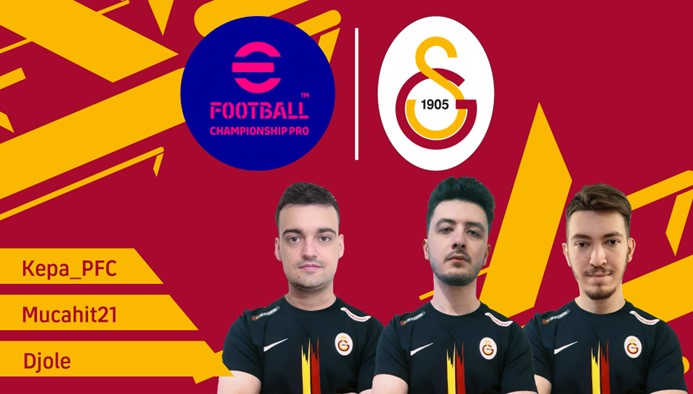 The atmosphere is heating up and the start of the competition is just around the corner, next Saturday, 11 June, when the eFootball™ Championship Pro will be streamed worldwide on the eFootball™ YouTube and Facebook accounts.

Celtic FC reigns in a last-game...

AS Roma tops Groups B with a gr...

PREVIEW: Six matches ahead for ...

A look back at today's top perf...