When and where to watch Matchday 3

*Match starting timings are orientative and might change due to match lengths. 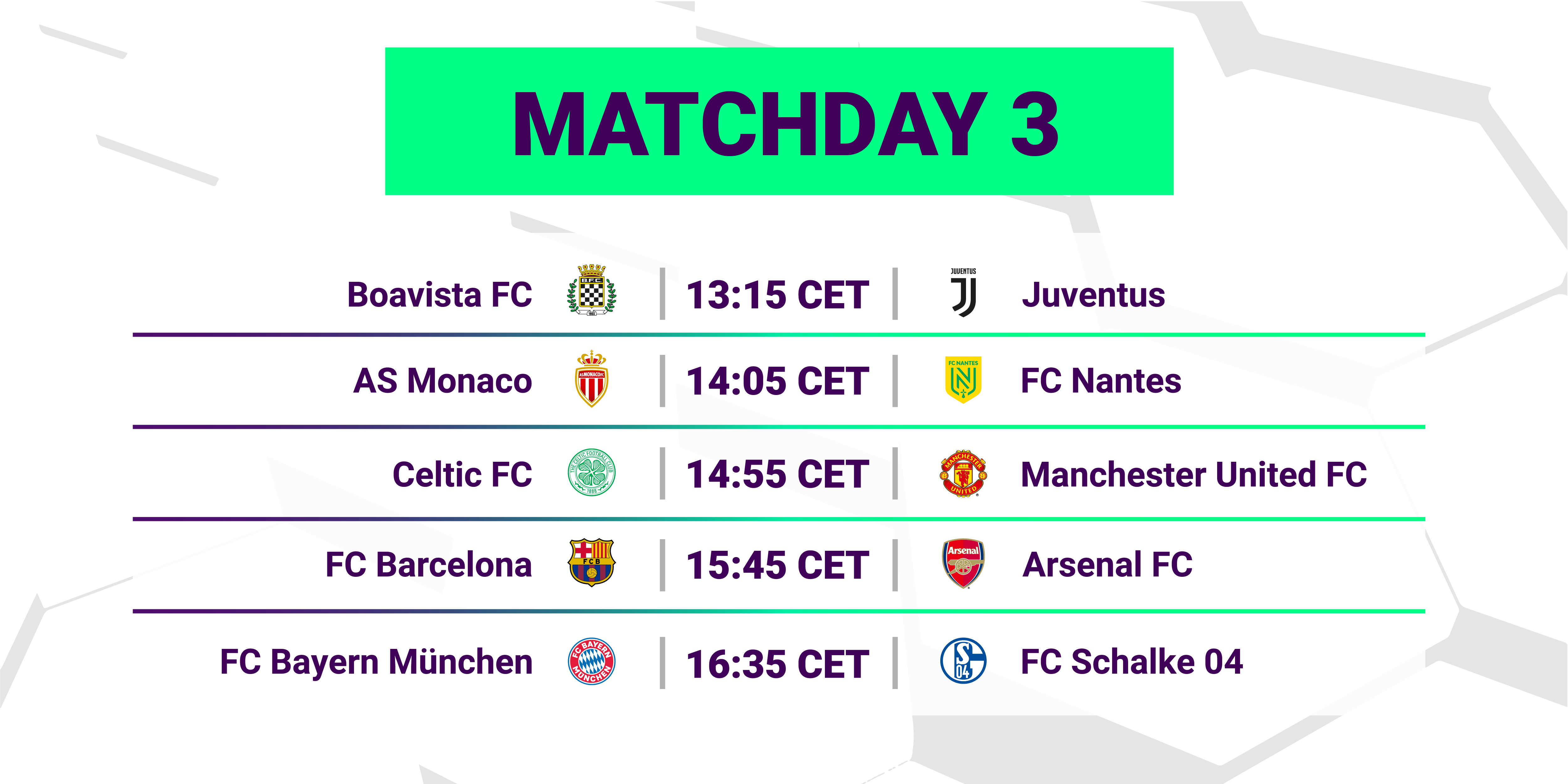 The official eFootball Pro Evolution Soccer channels that will stream the matches live are:

The casters team for Matchday 3 will have Adam Butcher as the host & commentator, Harry Channon as commentator & analyst, and Stewart Westley as the pundit.