Most experienced players in league history

These competitors have participated in all three eFootball.Pro seasons between 2018-2021

Take a look at the ten players who have participated in the league since its inaugural 2018-19 season. These experienced participants have competed in all three seasons of eFootball.Pro

Alex Alguacil made his debut in the league representing FC Barcelona beginning in 2018. He then was signed by FC Bayern München in the following season when the trio won the eFootball.Pro Cup, and continued to play for the German club through the most recent 2020-21 season.

The French competitor is the only player that has played for three different clubs over his three seasons in the league. He entered the inaugural season as an FC Nantes player, then represented Arsenal FC in the following edition of the competition. It was in 2020-21 that he signed with FC Barcelona and participated on behalf of the Blaugrana squad.

EL_Matador is one of the only players that has been signed by the same club since the league’s first matchday. He has worn an FC Schalke 04 jersey since 2018 and just completed his third season playing on behalf of the club.

E_C_Oneill began his journey in eFootball.Pro as a Celtic FC player in the inaugural season of the competition. He then made the move to Manchester United FC in the 2019-20 season, and continued to play for the English team this past season as well. 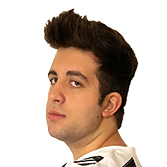 The skilled player started off wearing a Celtic FC jersey in the competition, and later signed with Juventus in the following season to represent them in their first year of the competition. He continued to play for the Italian squad in 2020-21, accomplishing not only first place in the Regular Season, but emerging from the Knockout Stage victorious as well.

These experienced participants have competed in all three seasons of eFootball.Pro.

Paired with ETTORITO97 from the beginning, IL DISTRUTTORE44 also began his career with the Scottish club. He then followed with his teammate ETTORITO97 in joining the iconic Italian team in the 2019-20 season, and continued on to be a part of the championship winning trio in the most recent season.

INDOMINATOR has had one of the most unique journey’s throughout his eFootball.Pro career, first beginning as a commentator before eventually signing with Celtic FC in the middle of the inaugural season. He wore the Scottish jersey for a second season, before signing with Arsenal FC going into the 2020-21 season as the Gunners’ captain.

Lotfi has represented AS Monaco for the entirety of his eFootball.Pro career. He entered the competition in 2018 alongside Usmakabyle, and has played on behalf of the Monegasque club ever since. The duo added Kilzyou to their roster in the 2019-20 season and went on to conclude that season in first place.

The German club captain has also only played for one team throughout his career in the league. Partnered with EL_Matador since the first season, the two were joined by rookie player Urma in the most recent competition and achieved third place in the Knockout Stage by the conclusion of the tournament.

Last but not least, this world renowned PES player has worn an AS Monaco jersey for all three seasons of his career in eFootball.Pro. He has experience playing amongst the nine other competitors that have been a part of the league since 2018, while the competition has now grown to feature more teams and players, with 33 participants in the most recent season.

AS Monaco, champions of the eFo...