Each 2019-2020 eFootball.Pro team will be represented by one of their players in a friendly 1v1 competition hosted on Saturday, May 9th, 13:00h CEST

INDOMINATOR was signed by Celtic FC in the middle of the 2018-2019 season, and proved his skill by helping lead himself and his teammate, current Manchster United FC player, E_c_oneill, to the finals of that eFootball.Pro season. He currently leads the league in passes (566) and dribbles (461). INDOMINATOR will be facing his opponent from Manchester United FC, KAMS, in the first game. Their respective teams both have ten points at this point in the season, and are closely ranked at  8th and 9th place in the league. 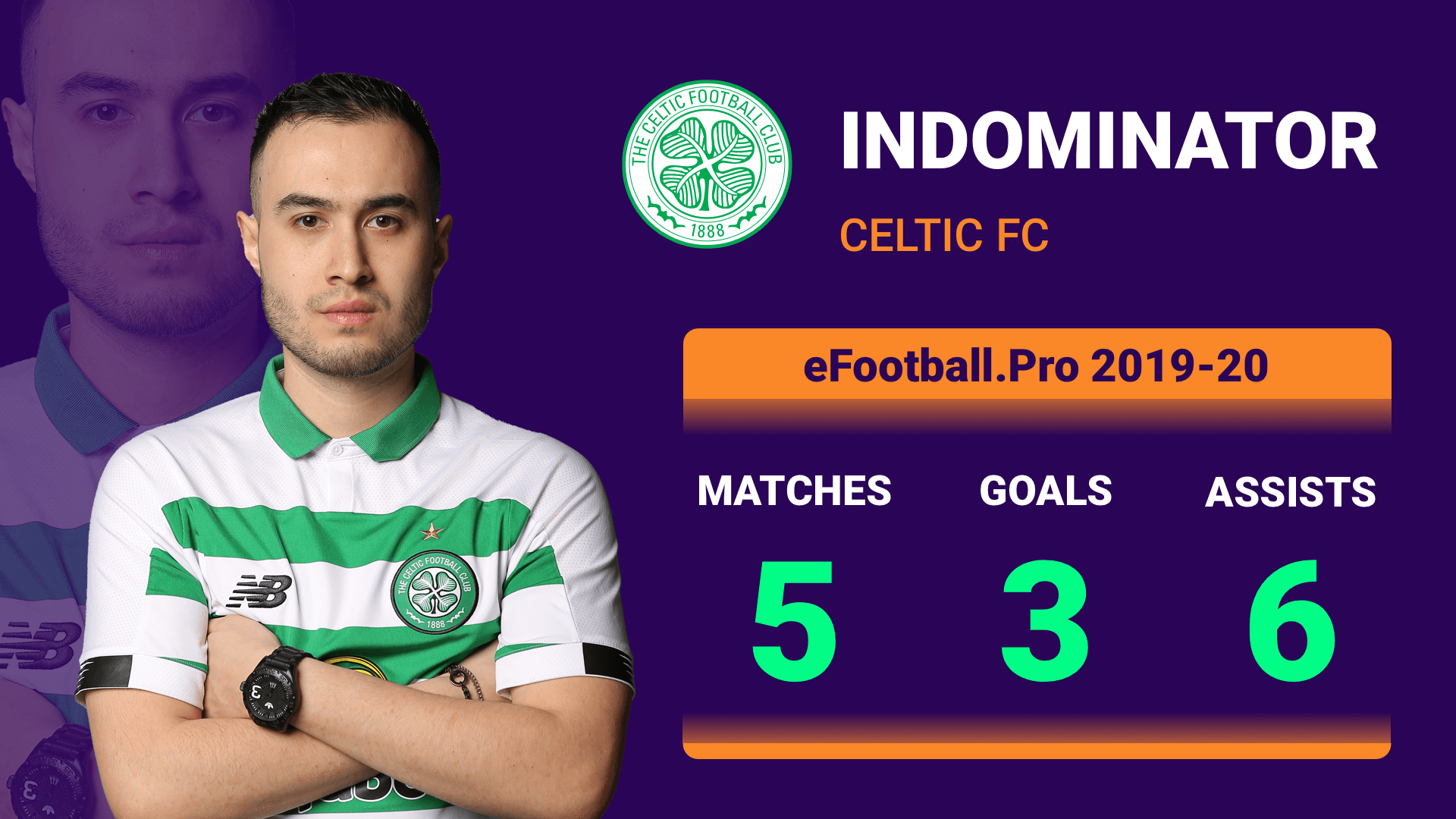 KAMS is a first time player in eFootball.Pro, representing Manchester United FC in the 2019-2020 season. The French competitor was one of the twenty nine participants in the eFootball.Pro Friendly Tournament during the hiatus this season on March 28th. He advanced all the way to the Final, where he faced FC Nantes’ Aazbabysk, and was ultimately crowned winner of the 1v1 friendly competition. 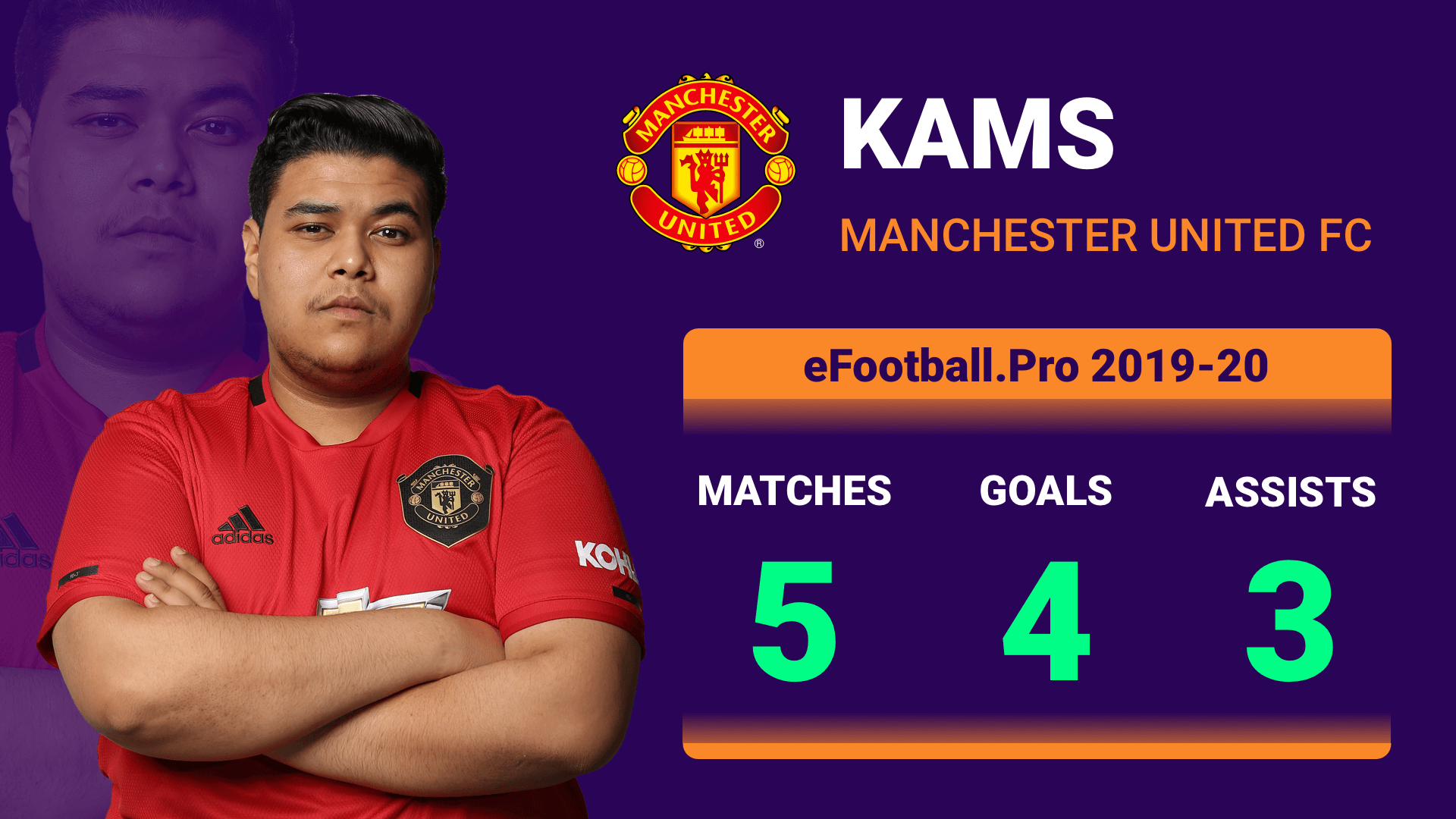 Currently representing Arsenal FC, Christopher is an experienced player in PES, going back to 2010 when he was crowned as first champion of PES League. This is his second year participating in the eFootball.Pro league, his first being with Boavista FC in the 2018-2019 season. This season, Christopher holds the second highest record for passes intercepted to date (97). In the first round of the friendly competition, he is positioned to face FC Schalke’s GOOOL. With Arsenal FC ranked 7th in the league, and FC Schalke at 10th, this will give players the chance to show if their individual skill reflects their teams' positions in the standings. 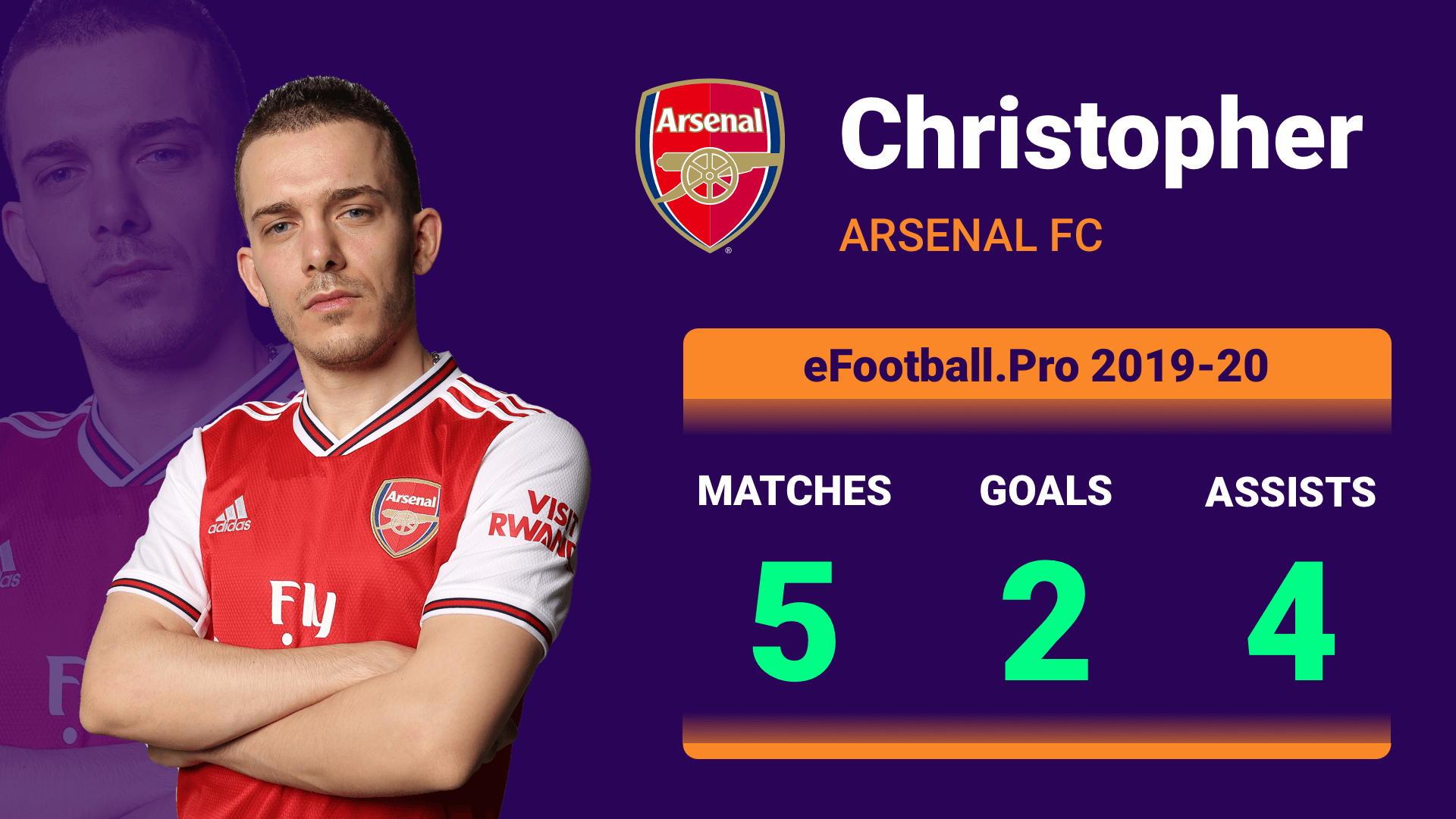 This is GOOOL’s second season representing FC Schalke 04 in eFootball.Pro. While the German team is currently last in the league at this point in the Regular Season, he has proven himself as an individual player in his career by winning the eFootball.Pro Invitational tournament in 2018. He is also ranked within the top six players for best defensive positioning, along with both of his teammates, EL_MATADOR and MEROMEN. 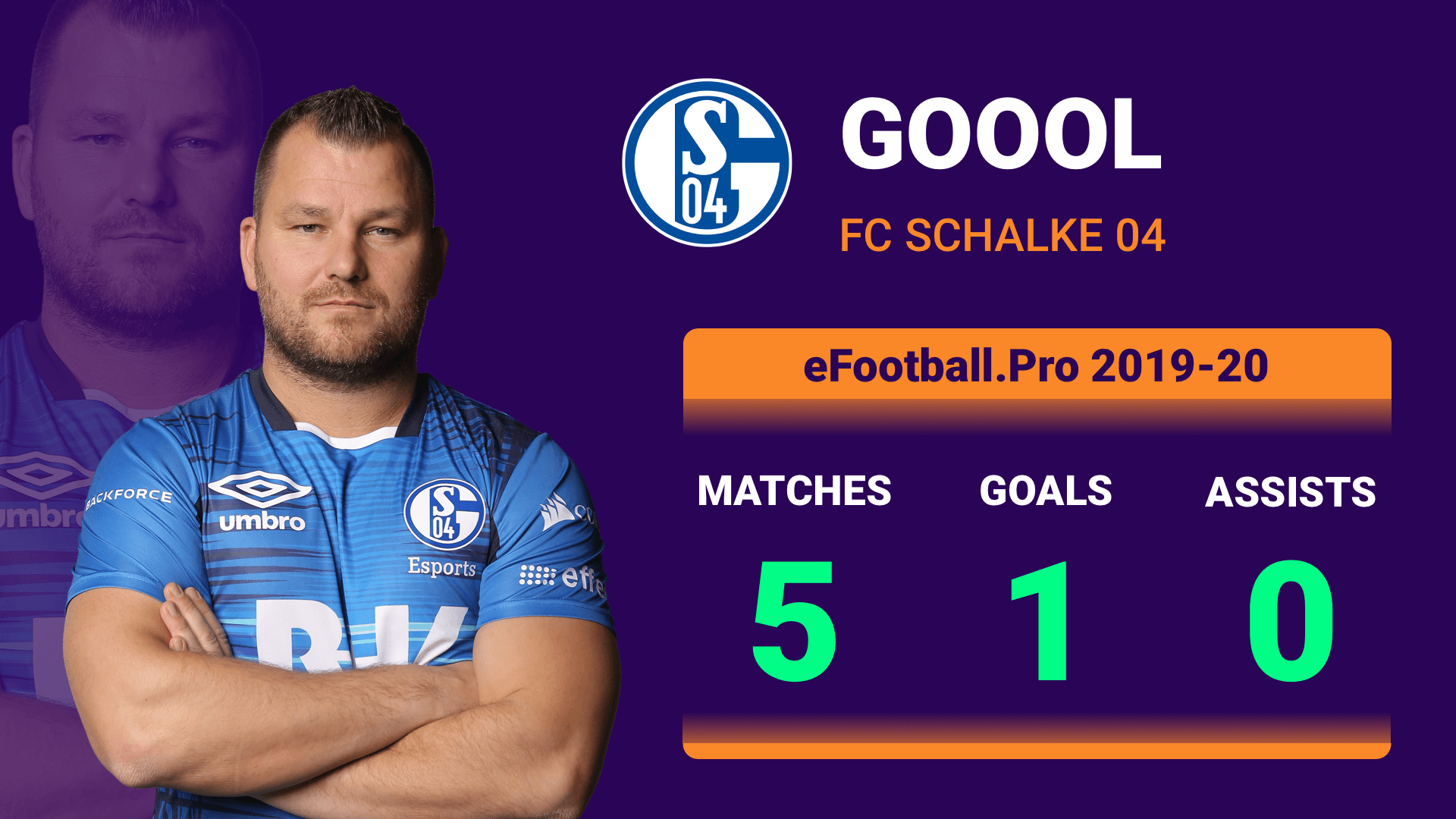 While this is only HenrykinhO’s first time competing in eFootball.Pro, the Brazilian player has helped bring his team, FC Barcelona, into playoff contention at this point in the Regular Season. He has proven himself through his skilled gameplay, including his performance that was deemed worthy of the €10,000 MVP award for Matchday 4. He will be facing Bovista FC’s Barboza in the first round of this tournament, and this competition will show if his success as part of FC Barcelona will continue in a 1v1 setting. 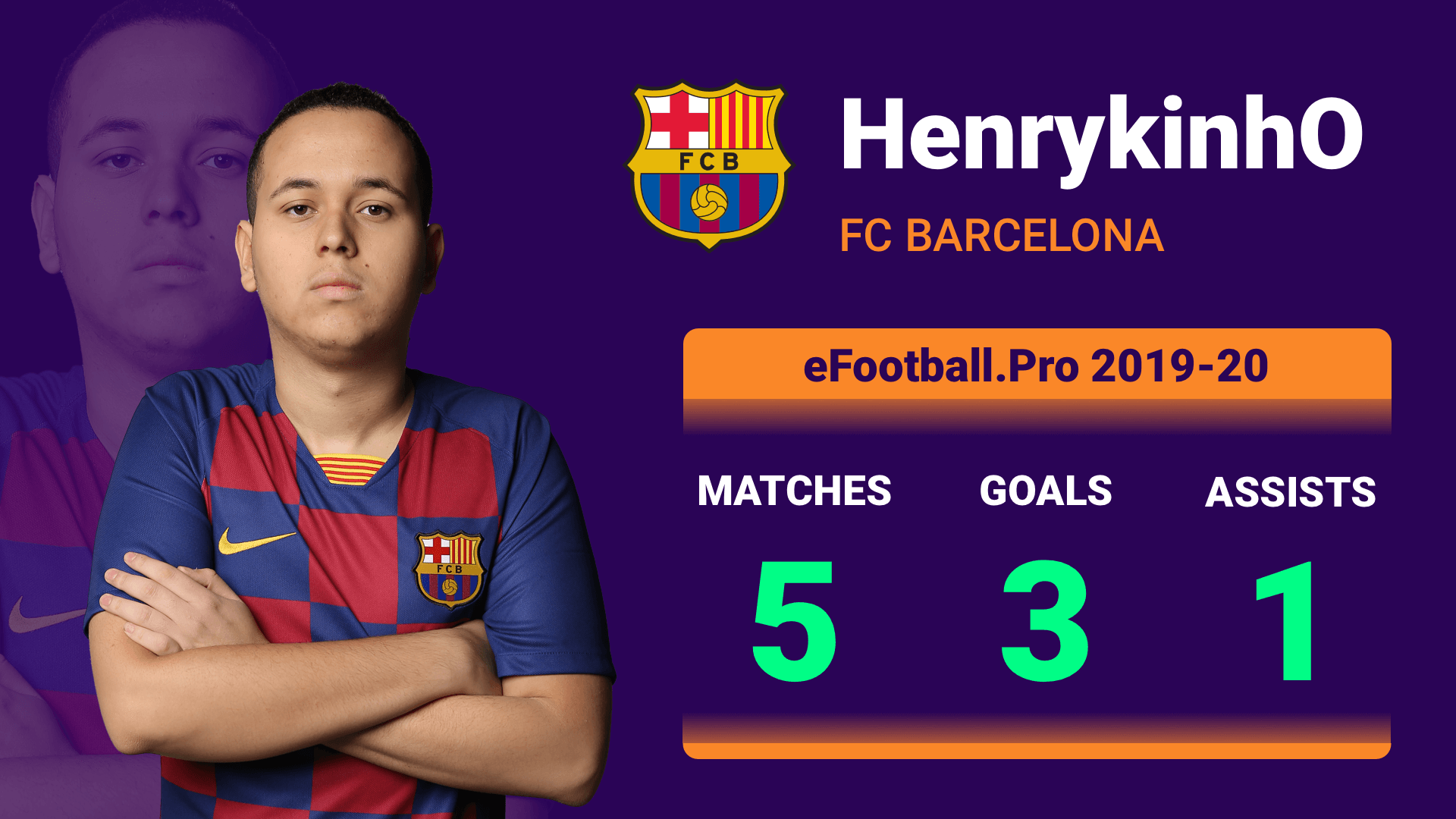 Boavista FC’s captain, Barboza, is a first time competitor in the eFootball.Pro league, along with all three of his teammates, Joker, Juniin, and YIOU. He is currently ranked as the best defensive player (8787 points) of the league to date, and this impressive gameplay has helped contribute to the Portugese team’s current 5th place ranking, positioning them to reach the Knockout Stage if they continue to perform at this level. 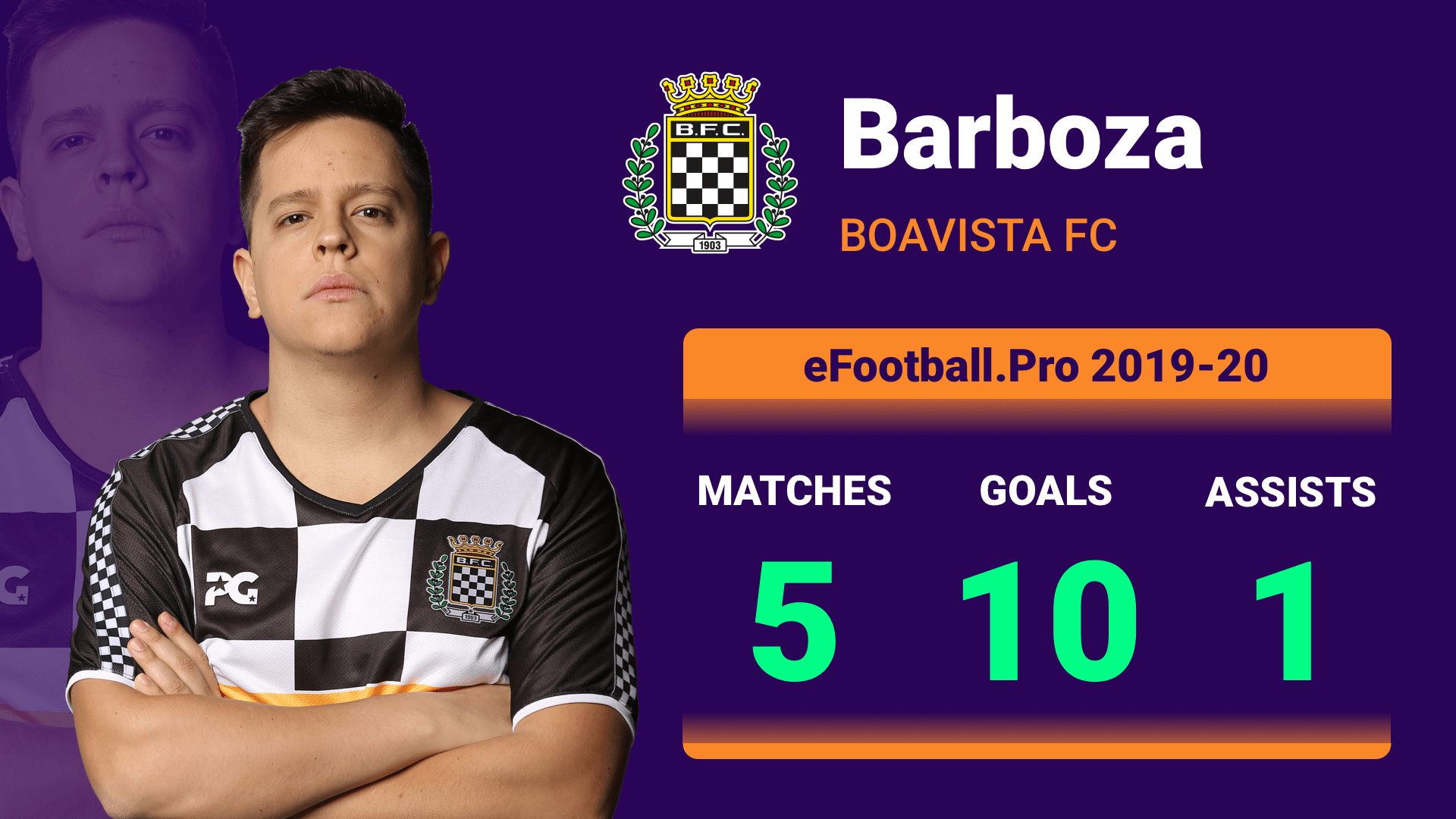 Ildistruttore is a returning player to the eFootball.Pro league, this season representing Juventus for the 2019-2020 competition. He was crowned PES world champion of 2018 in CO-OP mode, along with his current teammate, ETTORITO97, and FC Bayern München player Alex Alguacil. With Juventus scheduled to play against FC Nantes in Matchday 6, which is currently postponed, Ildistruttore competing against Roksa will be the first time opponents from the Italian and French teams have faced each other this season. 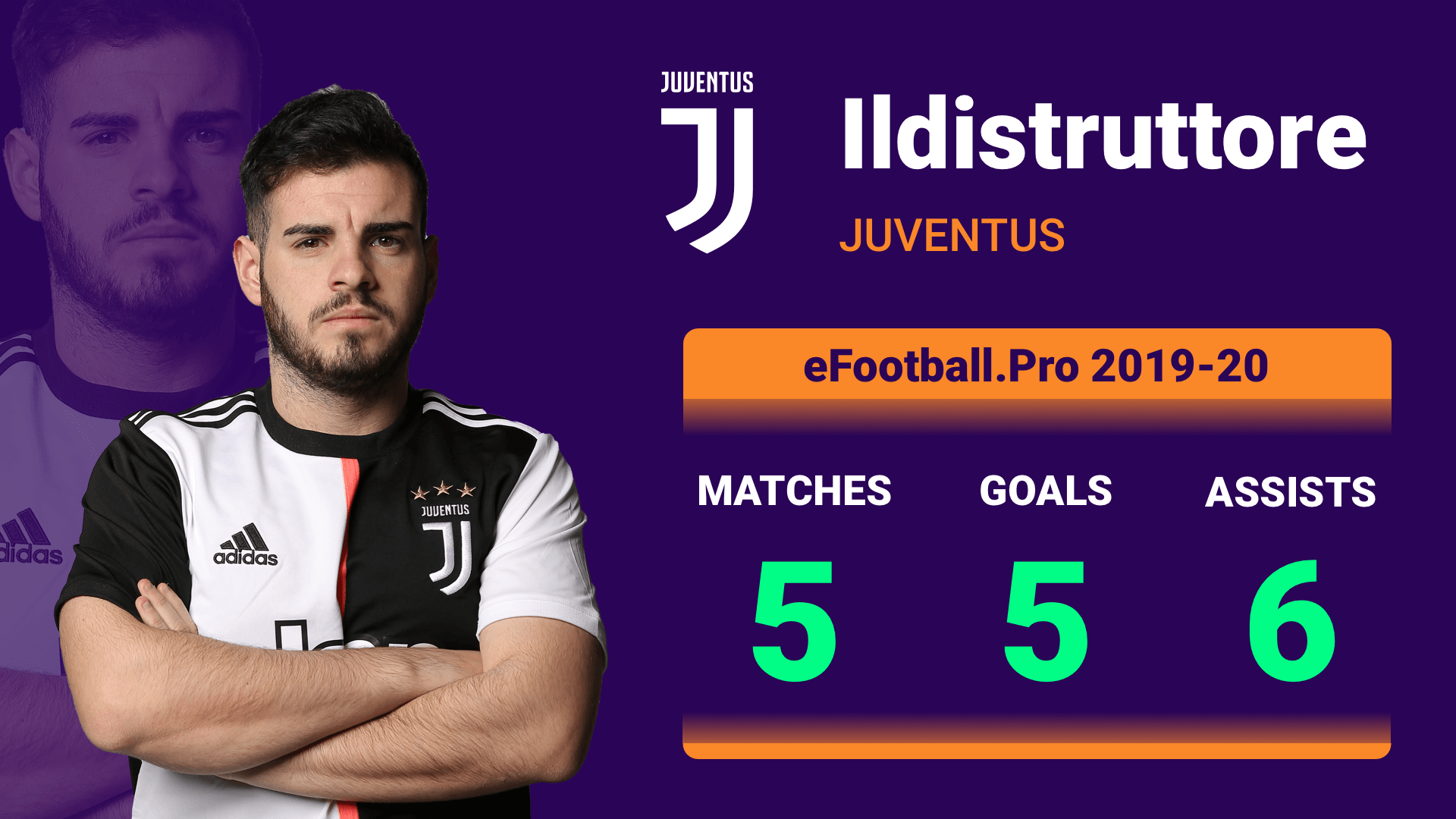 Participating in PES competitions since 2006, Roksa already has extensive experience with the game coming into this season after being signed by FC Nantes. The Serbian player has the second highest amount of shots in the league (24), showing his skill as an offensive player, while also ranking high in defensive gameplay amongst his opponents ranking less than 1,000 points from the top player, Barboza. Regardless of the teams' placements in the league tables, Roksa and his first round opponent, Ildistruttore, are closely ranked as individual players. 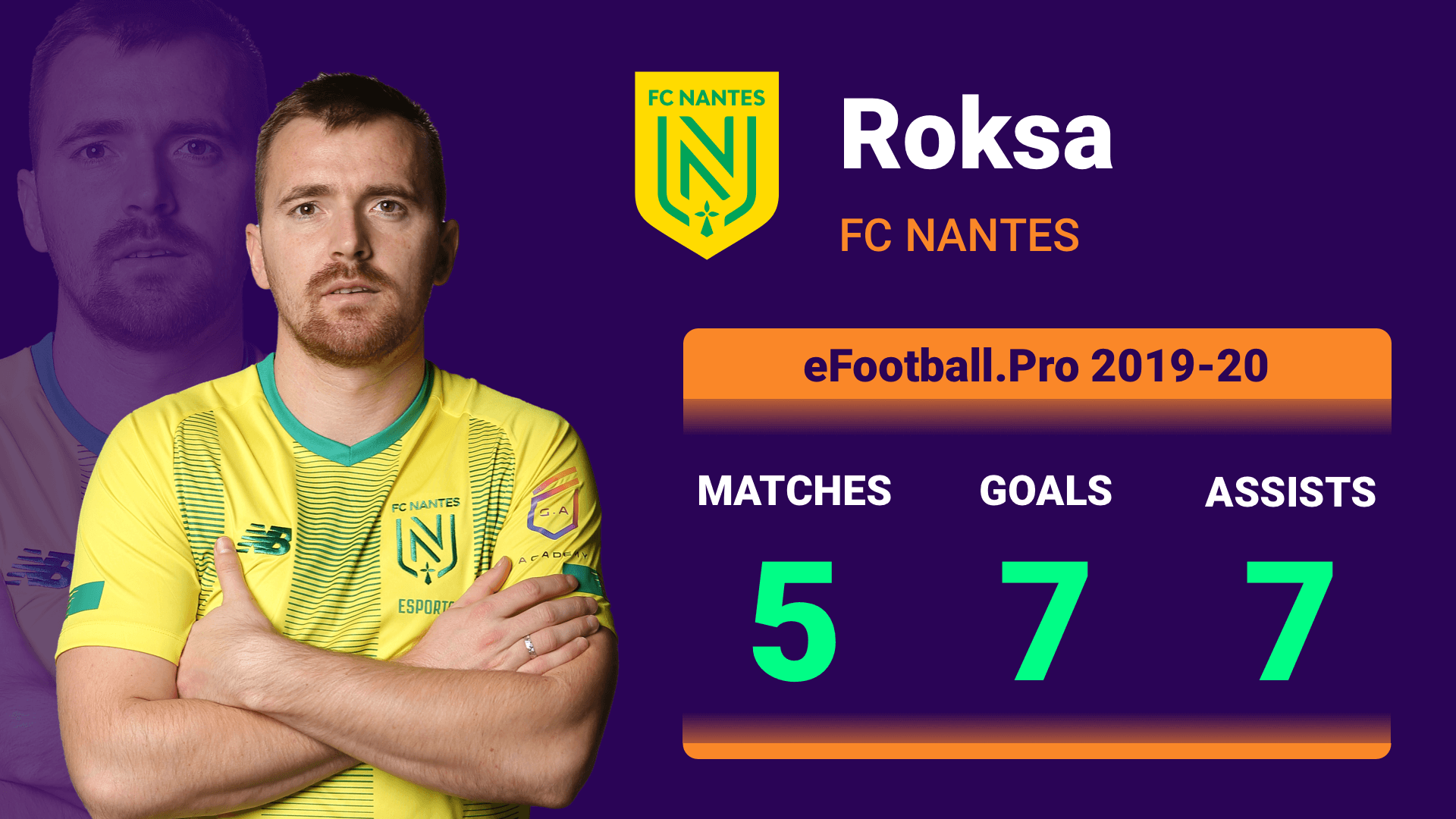 As a first time player in eFootball.Pro, ASM Kilzyou proved that being the youngest player in the league didn’t reflect on his skill level when playing against more experienced competition. The French player won the MVP award for his performance in the first matchday of the season, and currently leads the league as the top scorer with twelve goals made throughout the first five matchdays. His impressive gameplay has contributed to AS Monaco’s unwavering placement as the 1st place team in the league at this halfway point in the Regular Season. 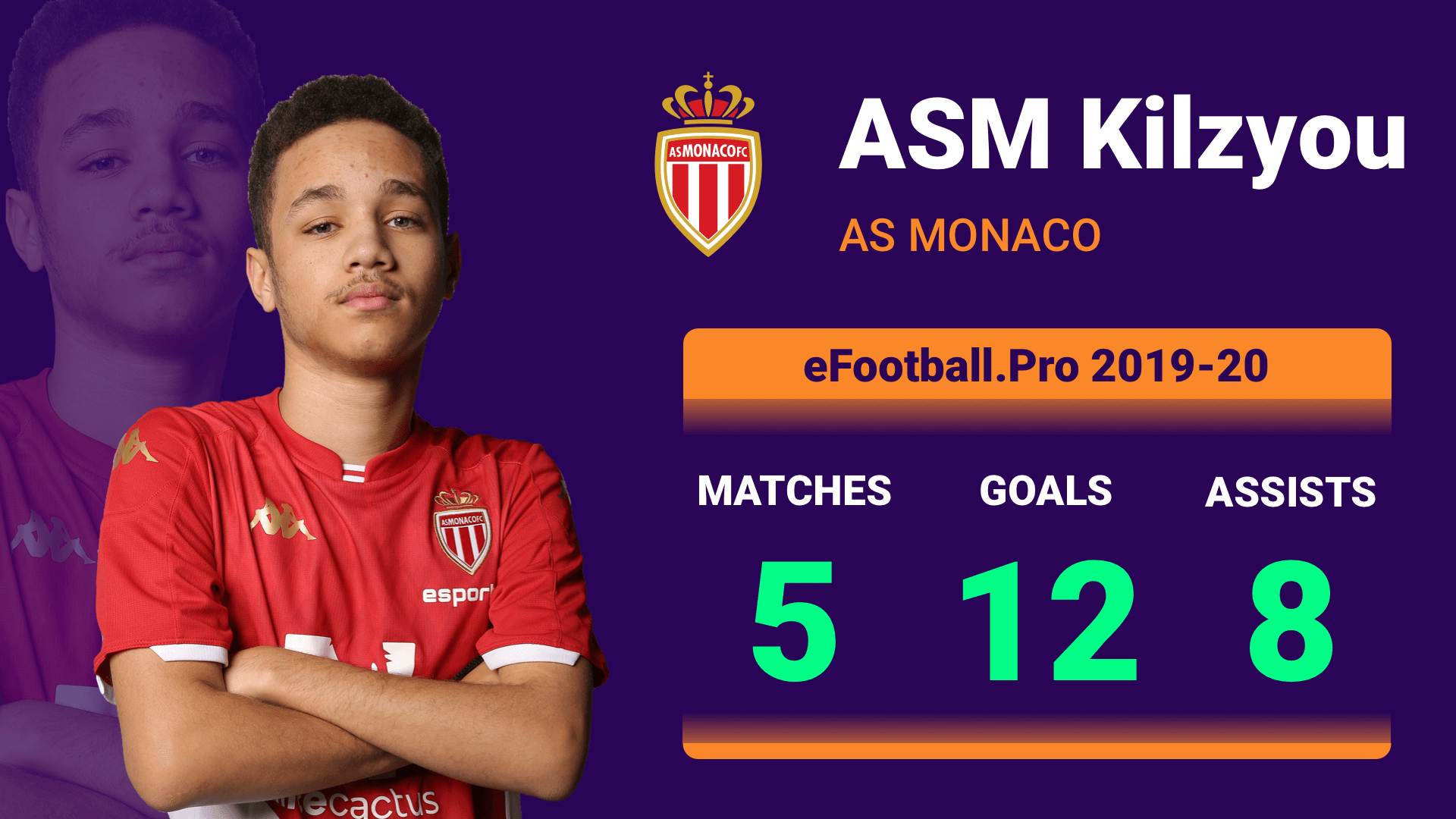 Representing the current second ranked team, FC Bayern München, JOSE has helped lead the German team place only one point behind the league leading Monegasque team. Individually, he has already been crowned 2017 European champion in Barcelona. JOSE is set to compete against the winner of the match between Arsenal FC’s Christopher and FC Schalke 04’s GOOOL. He has yet to face the Arsenal FC player this season, but already faced the German player when FC Bayern München took all six points of Matchday 3, and JOSE himself scored a goal in the second game. 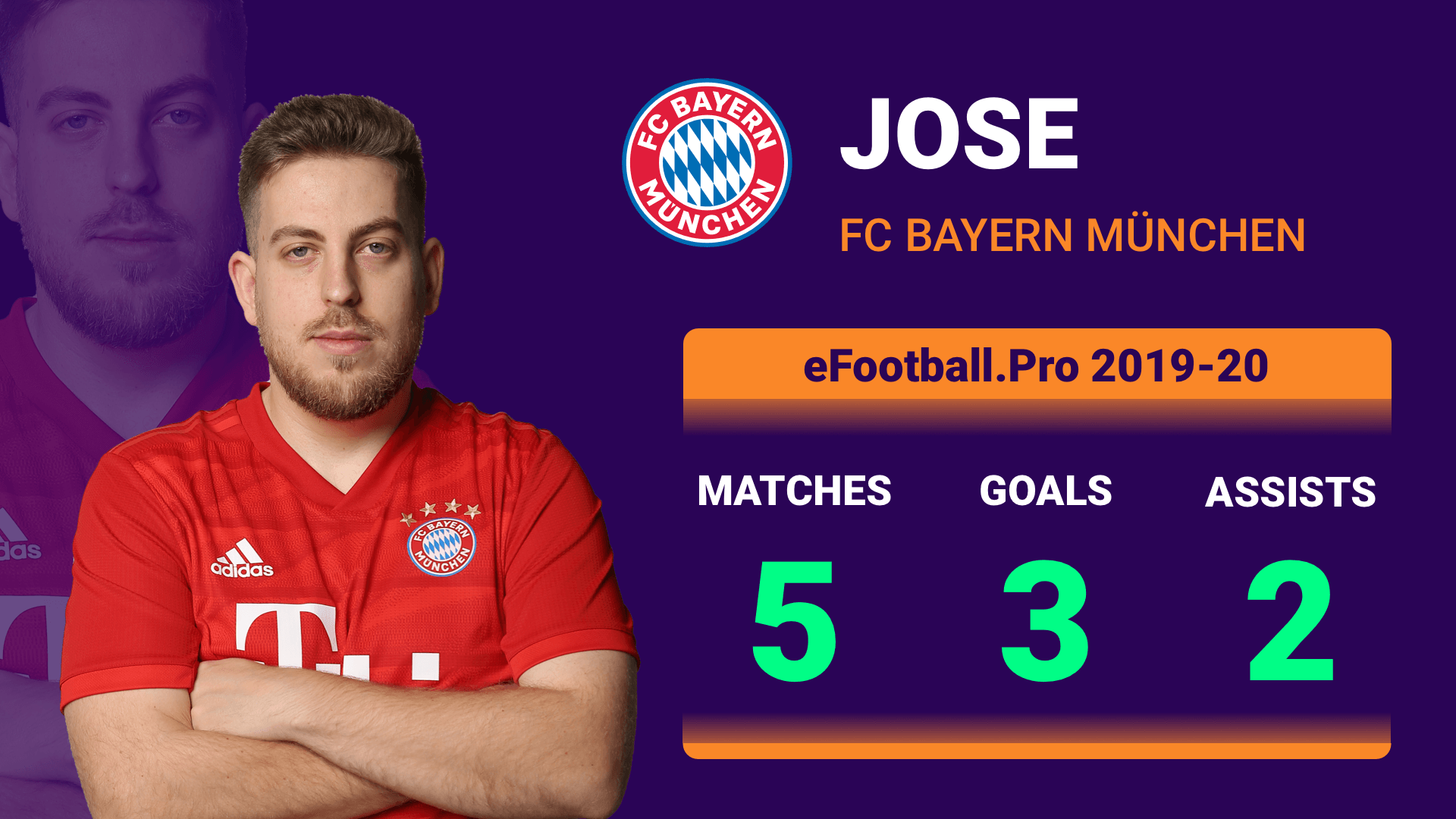