A poker, hat trick, and the matchday leading amount CO-OP points put the Serbian player in the spotlight

After not only being the top CO-OP earner for his match, but the entire competition of Matchday 8, KEPA earned the title of MVP for his standout performance. He was the only player to break past the 3,500 point threshold, with his 3,727 total outranking all other eFootball.Pro IQONIQ players during the April 24th competition. His poker and hat trick sent him up the goal scorers list all the way to 2nd place, and helped the AS Roma secure all six points and a qualifying position to advance to the Knockout Stage.

The first game between AS Roma and Arsenal FC featured a shutout victory for the Italian team, with KEPA impressively achieving four of the five goals scored, and providing the assist for the fifth. He started off the game in Roma’s favor almost immediately by putting his club on the scoreboard by minute 4’. 100% of the shots he took throughout Game 1 were on target, and he had an 71% success rate for his passes, and a 95% success rate for his dribbles. Although his offensive gameplay was impressive enough to stand out by itself, he also performed well defensively, leading the game with seven intercepts and 13 double-marks. 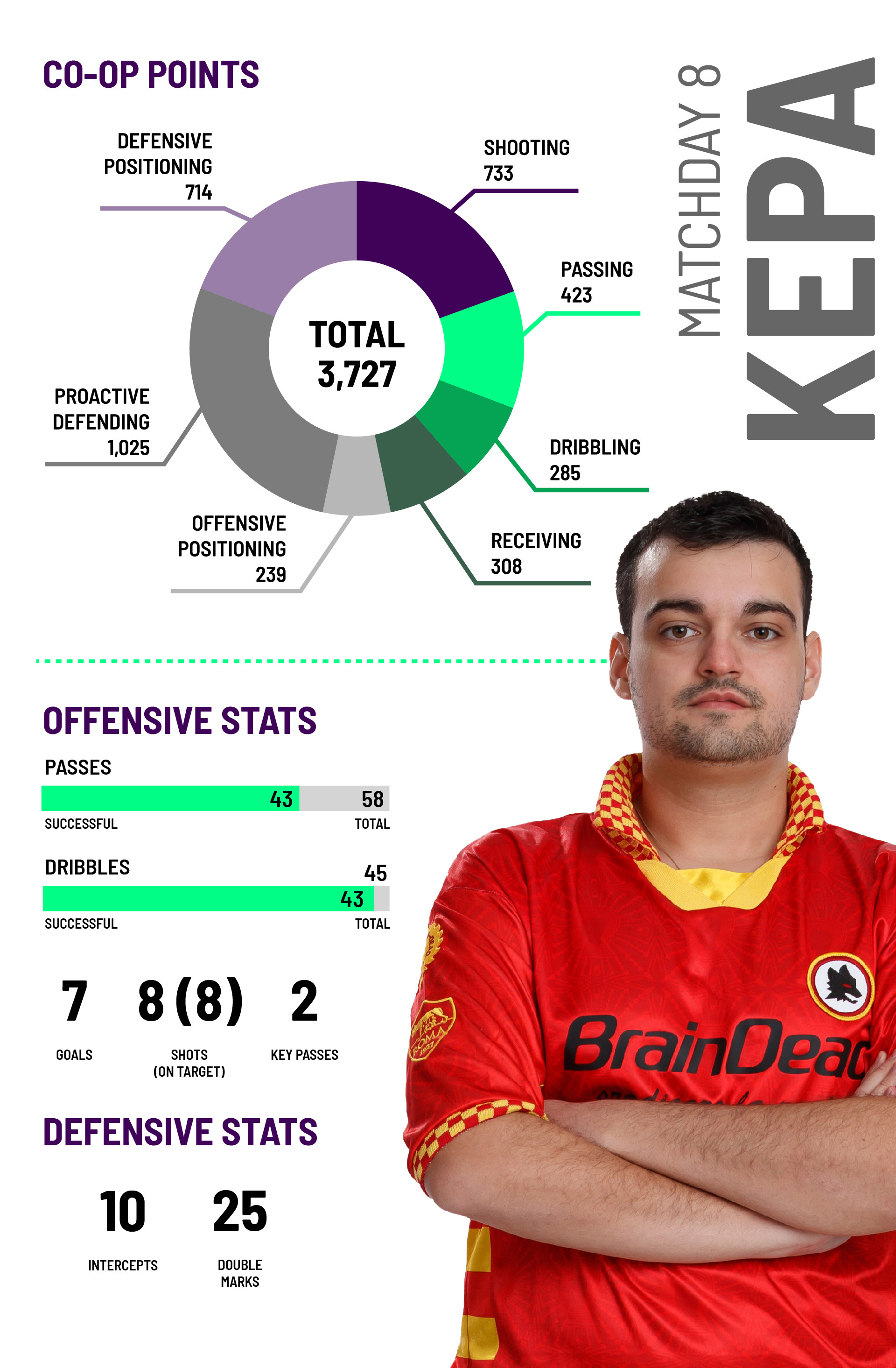 Game 2 of the fixture between the Italian and English clubs was a rematch held after the livestream, due to latency issues experienced during the broadcast. KEPA stunned fans and fellow eFootball.Pro IQONIQ players again with a second hat trick of the day, scoring his fifth, sixth, and seventh goals of Matchday 8. With 1,899 CO-OP points, he was just one point shy of breaking past 1,900, while the next highest amount achieved in the match was by Arsenal FC captain INDOMINATOR with 1,656 points. Once again, all of the shots KEPA took during the day were on target. His success rate increased to 76% for passes and 96% for dribbles.

By scoring seven of AS Roma’s eight goals, and topping the CO-OP point table, KEPA’s gameplay throughout the eighth matchday clearly contributed to the Italian team’s victory, as well as their official qualification for the Knockout Stage. The Serbain player is also within the top ten players for assists provided, entering Matchday 9 in 10th place with eight assists.

MVP Kepa AS Roma
All news