FC Nantes player, Kepa, says the best goal award he earned after his performance during the January 25th competition wouldn’t have been possible without the assistance of his teammates

First time eFootball.Pro participant, Kepa, was presented with the €10,000 award for his shot in the second game of Matchday 3, deemed the best goal of the entire competition that day. This was the game equalizing play that brought FC Nantes to a score of 1-1 before reaching the half hour point in their matchup against AS Monaco, undefeated at that point in the competition.

The goal was called the “perfect response” from Harry Channon, eFootball.Pro commentator, after the French team quickly started out behind AS Monaco. The experts praised how quickly and fluidly the players were able to coordinate and score this team goal. With Kepa starting on the right side of the field, passing the ball to Aazbabysk waiting in the middle, back to Roksa, then quickly to the left where Kepa made himself available to shoot the impressive goal and tie the score, the team was perfectly in sync as they equalized the game. Channon described the gameplay as “perfect one-touch passing” calling it a brilliant goal from the FC Nantes players. He noted that this was largely thanks to the manual back heel, when Aazbabysk was able to send the ball backwards to be received by Roksa, which was the “key pass” that perfectly set up the shot. 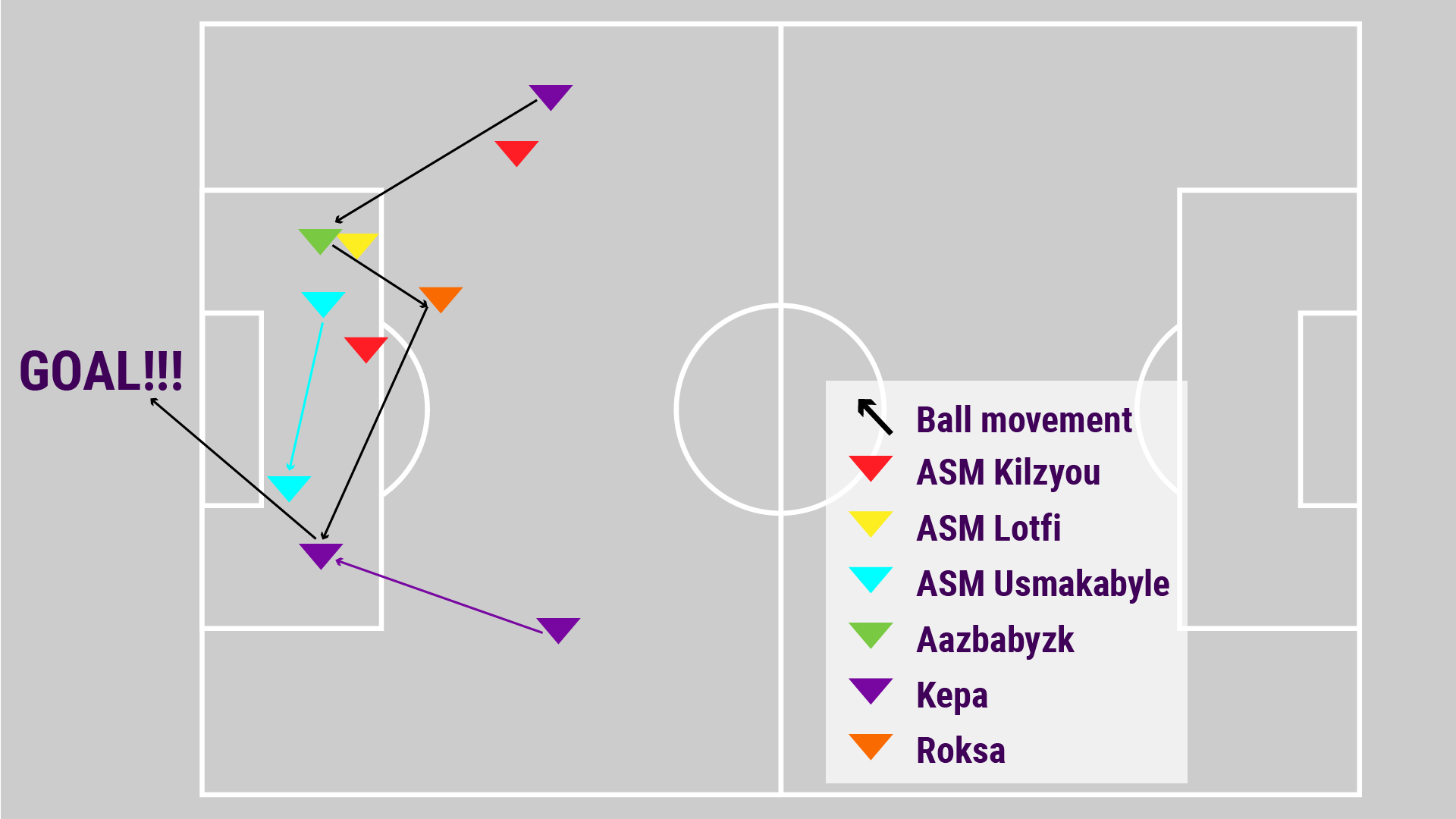 Commentators mentioned that although Kepa didn’t compete in the first matchday of the season, he quickly established himself by scoring two goals the second matchday, as well as the award winning best goal of the third competition. While this is his first time playing in eFootball.Pro, Kepa has experience playing with fellow FC Nantes teammate, Roksa, and Juventus player, LoScandalo, in PES League (currently eFootball.Open).

Kepa recognized that this award wasn’t earned individually, and thanked his fellow FC Nantes teammates for helping lead him to the goal, and the award. Adam Butcher, eFootball.Pro host, asked Kepa how it felt to be honored with the award for his performance in Matchday 3, that equalized the second game against AS Monaco in minute 28’. The Serbian player responded: “I’m very happy. To be honest, my team helped me, it was a team goal, so a big credit to my teammates Roksa and Aazbabysk. Without them, it wouldn’t be possible to score a goal like this.”

FC Nantes entered the third matchday positioned high in the league table at second place, and although they didn’t perform at the level they had hoped, gameplay like Kepa’s goal helped the team avoid shutout losses in both games against their undefeated Monegasque competition, and proved to the rest of their opponents that they are still playing competitively in eFootball.Pro this season. Even though they were unable to gain any additional points in Matchday 3, the French team has still been able to maintain Knockout Stage contention to date in the Regular Season.

Top 5 goals of the eFootball.Pro Frie...