MESTRE earned the best goal award of the second matchday following remarkable teamwork from the German club, leading to a six point victory for their team

Impressive teamwork displayed by the entire FC Bayern München team led to Spanish player, MESTRE’s, game equalizing goal at minute 44’ in Game 1 of Matchday 2, later awarded best goal of the entire competition that day. This collaborative gameplay was what ultimately led to the German team taking home all six points at the conclusion of the match, helping the club rise in the league rankings to be placed in Knockout stage contention, where they have remained for the rest of the season to date.

Going into the second matchday, PES expert and eFootball.Pro pundit, Stewart Westley, predicted that the odds would be against the German team, favoring their competition, FC Barcelona. As the match commenced, he commented that FC Bayern München was “really struggling to impose their will” on the game, and pointed out that Barça’s defense seemed solid. Following the award winning goal, Westley admitted that he underestimated the German club and praised their “tremendous one-touch passing”, describing the play as a “stunning team goal.”

While MESTRE was the player to take the final shot on goal, it was clear that strong team coordination led to the flawless execution of the play. The players were praised for their “coolness and presence of mind” when making the call to pass one last time, from Alex Alguacil to MESTRE for the goal scoring shot, “instead of going for the shot where most players would go for the shot”, a decision Adam Butcher, eFootball.Pro host, admitted he had predicted they would make. 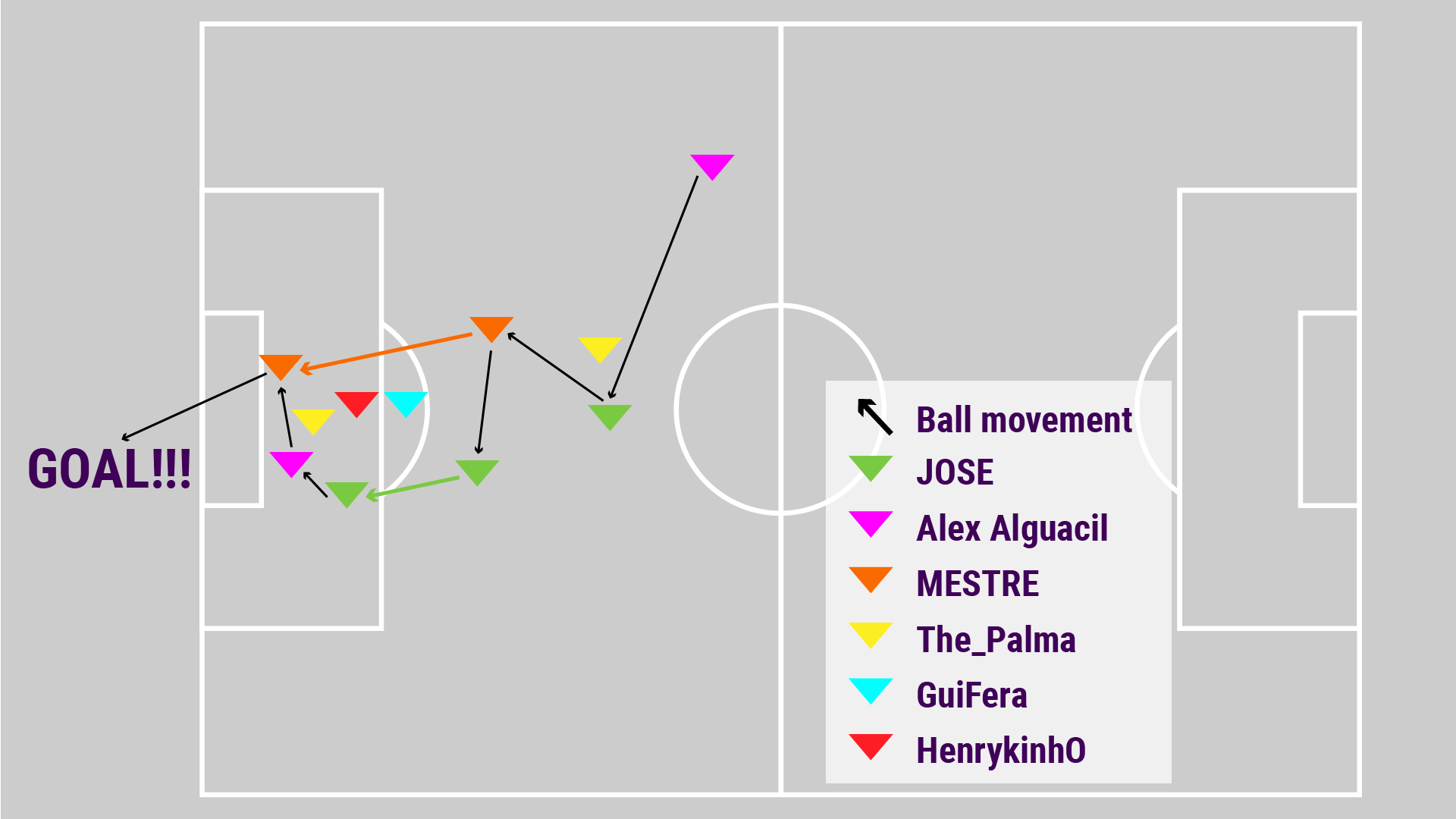 Following the goal, when asked about his initial opinion on FC Bayern München’s odds of success that day, Westley revised: “I think Bayern, now, will take this impetus, and they’ll go forward.” Not only did this prove to be true for the rest of both games, but throughout the rest of the season to date as well. The following three matchdays resulted in the German club remaining within the top three rankings in the league, and well positioned to compete for the championship title.

This €10,000 award worthy shot earned recognition not only within the eFootball.Pro league, but from FC Bayern München’s vice-captain and ten year veteran himself, Thomas Müller. Müller retweeted a video of the goal on his personal Twitter account, sharing the team’s success with his 4.3 million followers. MESTRE admitted it was “an honor” to have one of the players his team represents in PES congratulate them on one of the club’s most notable victories.

The first time eFootball.Pro participant also scored the sole goal in the second game of the matchday, making his shot success rate 100% for the entirety of the January 11th competition. While FC Bayern München’s gameplay in the first match of the season wasn’t remarkable compared to the other eFootball.Pro teams, this performance clearly wasn’t indicative of the players’ skill levels, as they began to prove themselves in this second matchday and every one that has followed.

Take a look at AS Monaco's path to glory