eFootball™ has returned this season with its most expected competition: the eFootball™ Championship Pro, a professional league where the world's top eSports players are contracted by European professional football clubs to compete against each other. The competition is divided into two group stages, with the top clubs from each group advancing to the knockout stage, where they will compete for the trophy. Apart from prize money, which will be offered to clubs with respect to their rankings, there are also individual awards that will be rewarded to the top-performers such as "Best Goal of the Day, Best Player of each Group Stage and the MVP of the tournament.

For this season, Konami has not only wanted to reward professional eSports players, but also fans, and therefore the Japanese company has launched two campaigns that will surely catch the attention of any eFootball™ user.

During the 3-weeks-long tournament, fans will have the chance to win goods and merchandise from the victorious clubs. Starting from June 11th, for every game victory within a match, each club will give away one or various official items so fans can use them or wear them to cheer for their club. Each prize draw will be carried out by each club in a different way and published on their individual social media channels. 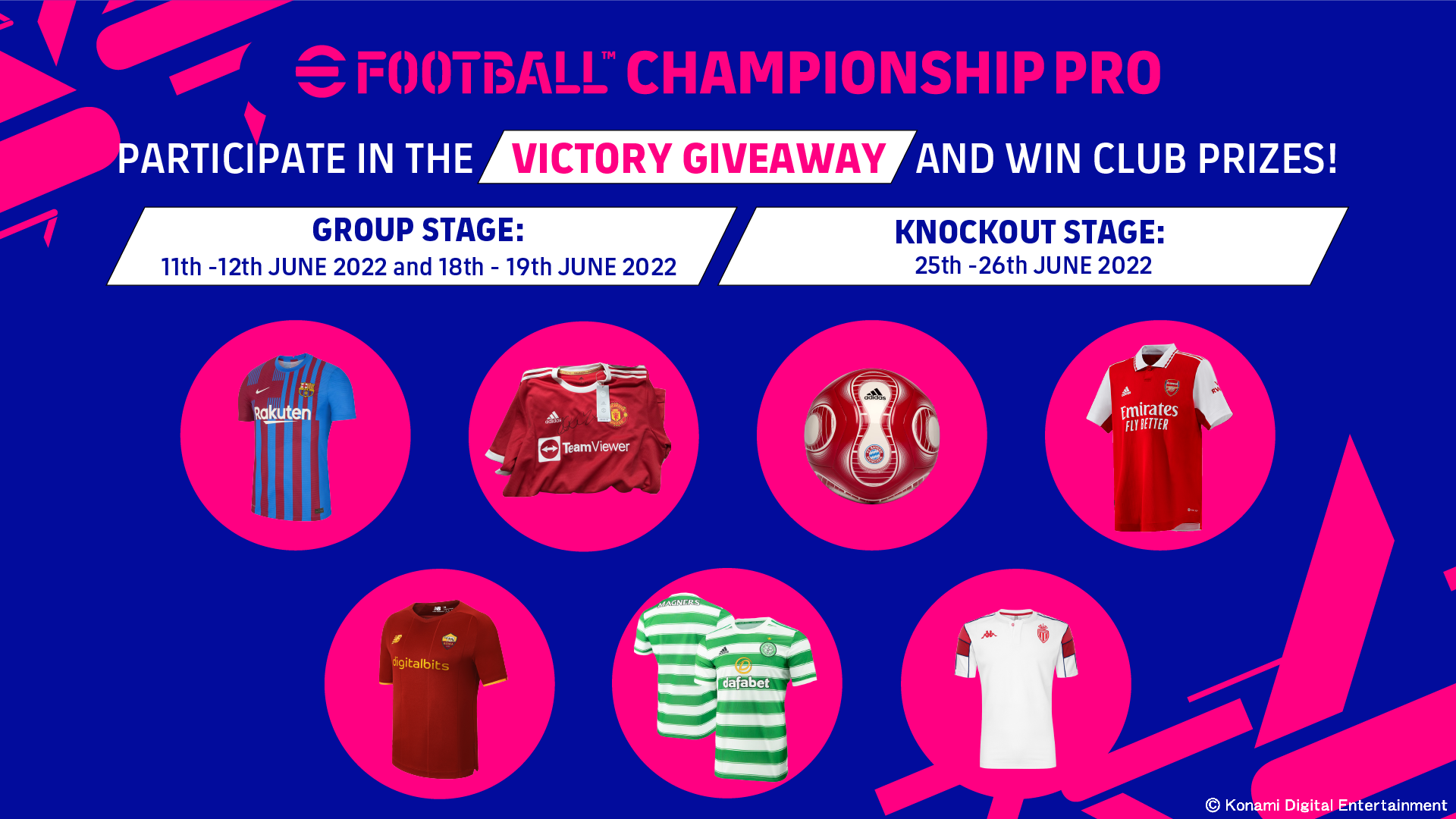 At the start of each matchday, 500 eFootball™ points will be awarded to each person who tunes in to the live stream programme. The reward will not be available if the stream is accessed directly from YouTube or Facebook, so the access must be made directly from the eFootball™ game.

*You will not be eligible for the reward if you access the broadcast directly.

*Each user can only receive the reward once.

*The schedule and details are subject to change without prior notice.

*Be sure to claim items from your Inbox before they expire.

For information on eFootball™ Championship visit the Official Site at https://efootballpro.konami.net/