KONAMI has announced that the competition will be streamed worldwide next Sunday, August 14th, at 13:00 CET on the official eFootball™ YouTube and Facebook channels.

The World Finals of the eFootball™ Championship Open 2022 will be held on Sunday, August 14th, and streamed worldwide at 13:00 CET on the official eFootball™ YouTube and Facebook channels. The event will feature the 24 participants, 6 per platform, who finished Round 3 as the top 2 players in their region. 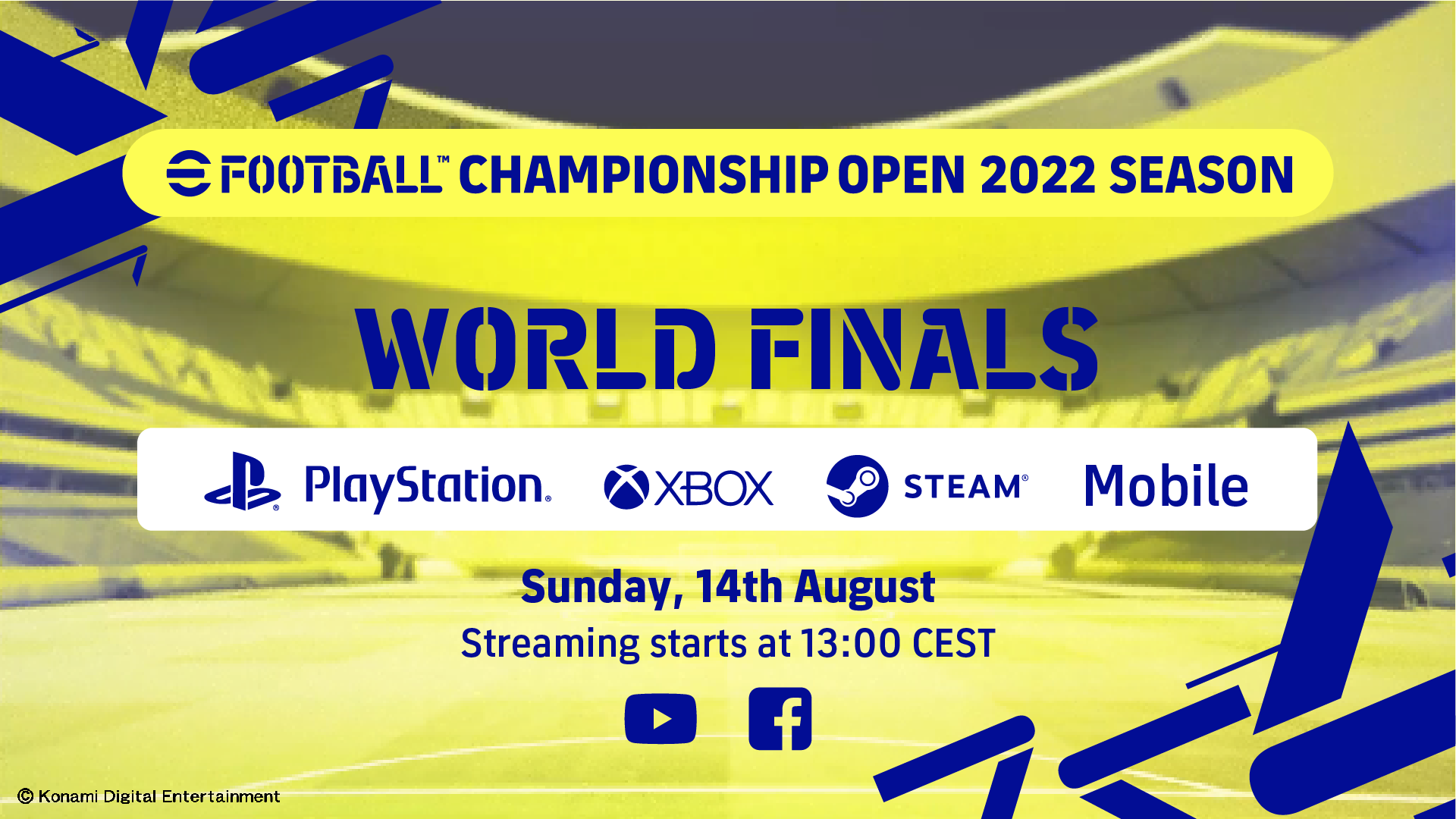 This year's eFootball™ Championship Open is played on 4 different platforms: PlayStation®, XBOX, Steam® and Mobile. Six finalists per platform will participate in the World Finals, being divided into 2 groups of 3 players each. In that Group Stage, players of the same group will play each other just one time (3 matches in total at a single game). 3 points will be awarded to the winner, 0 to the loser and 1 point each in case of a draw. At the end of the Group Stage, the top player in the ranking of each group will play the Final at a single game.

If you want to know more about the players participating in the World Finals, head to our website article here: