The World Finals will be streamed worldwide next Sunday, 14th August, on the official eFootball™ YouTube and Facebook channels, starting at 13:00 CET.

The last round of the eFootball™ Championship Open 2022, the World Finals, will be held on Sunday, 14th August, at 13:00 CET. The event, hosted by commentator Harry Channon and pundit Stewart Westley “Wezza”, will feature 24 participants, 6 per platform, who will play each other for the title of World Champions.

This year's eFootball Championship Open is played on 4 different platforms: PlayStation®, Xbox, Steam® and Mobile. Six finalists per platform, two players from each of the 3 regions (Europe & Africa; Americas and Asia, Oceania & Other areas), will participate in the World Finals, being divided into 2 groups of 3 players who will face each other in matches at a single game. The winner of each group will compete in the grand finale to become the world champion of their platform. First place will be awarded $13,000, second place with $3,000, and $1,000 for the 3rd to the 6th player.

The schedule and order of the fixtures for this Sunday’s World Finals shapes as it follows: 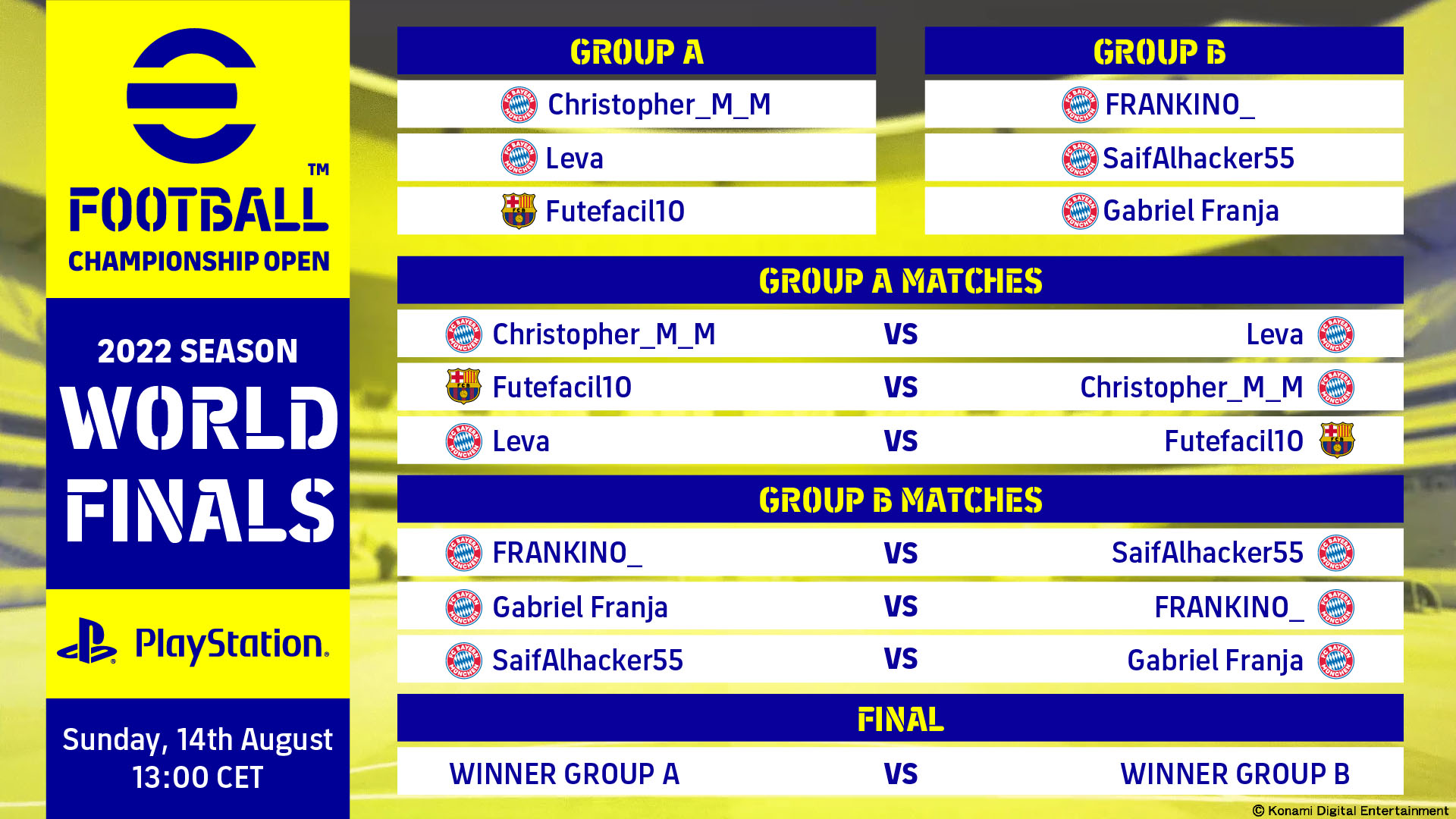 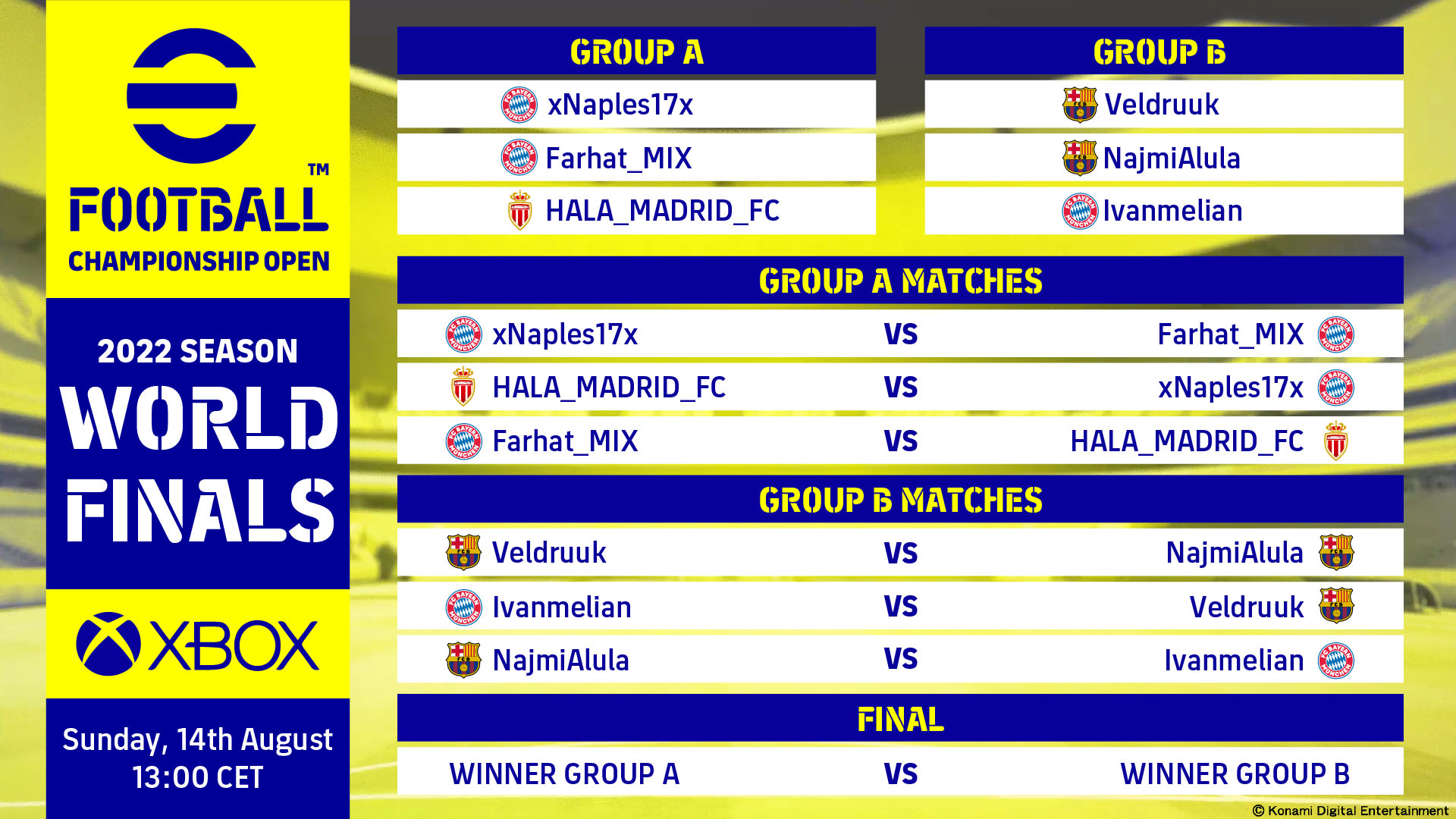 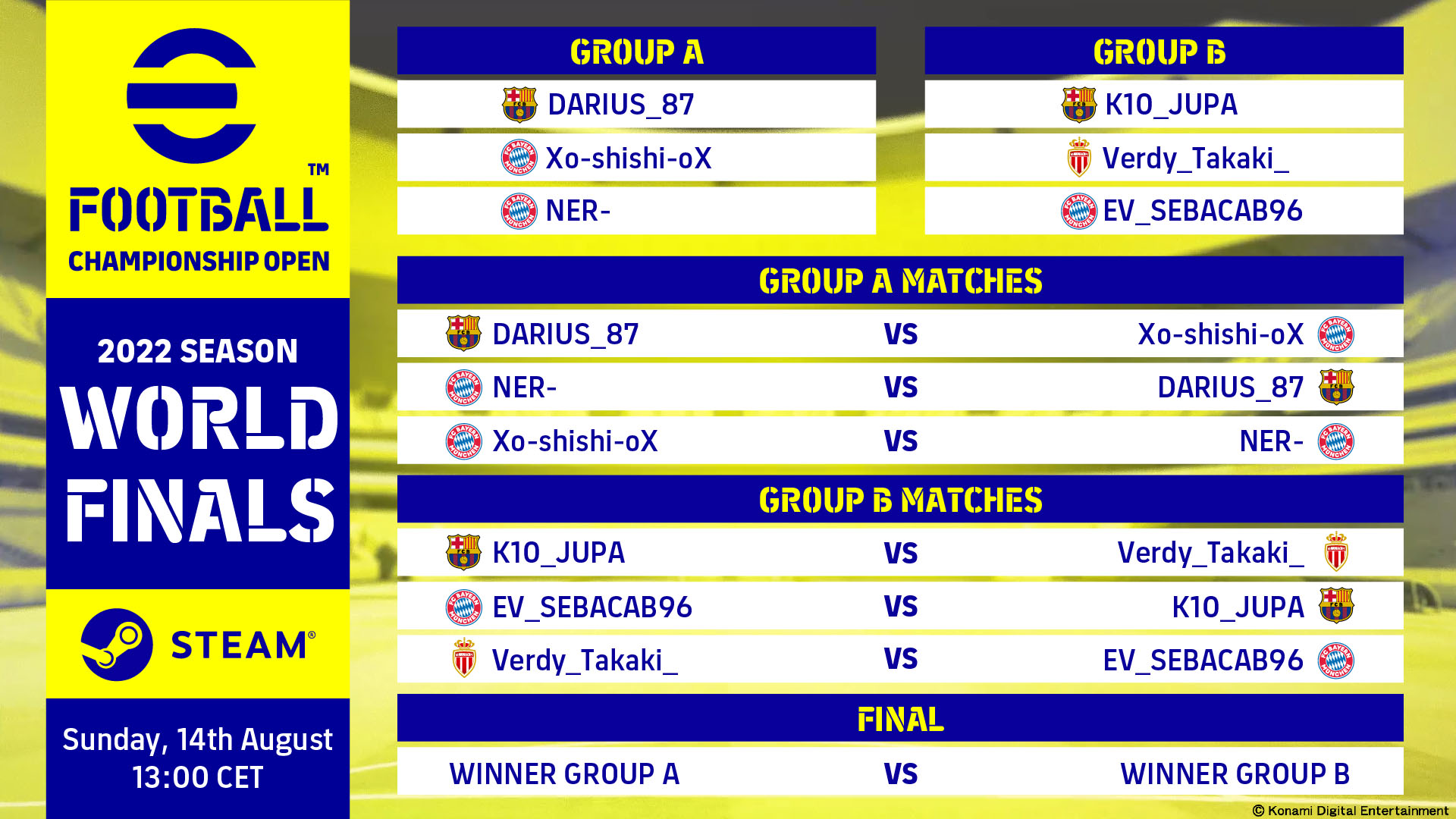 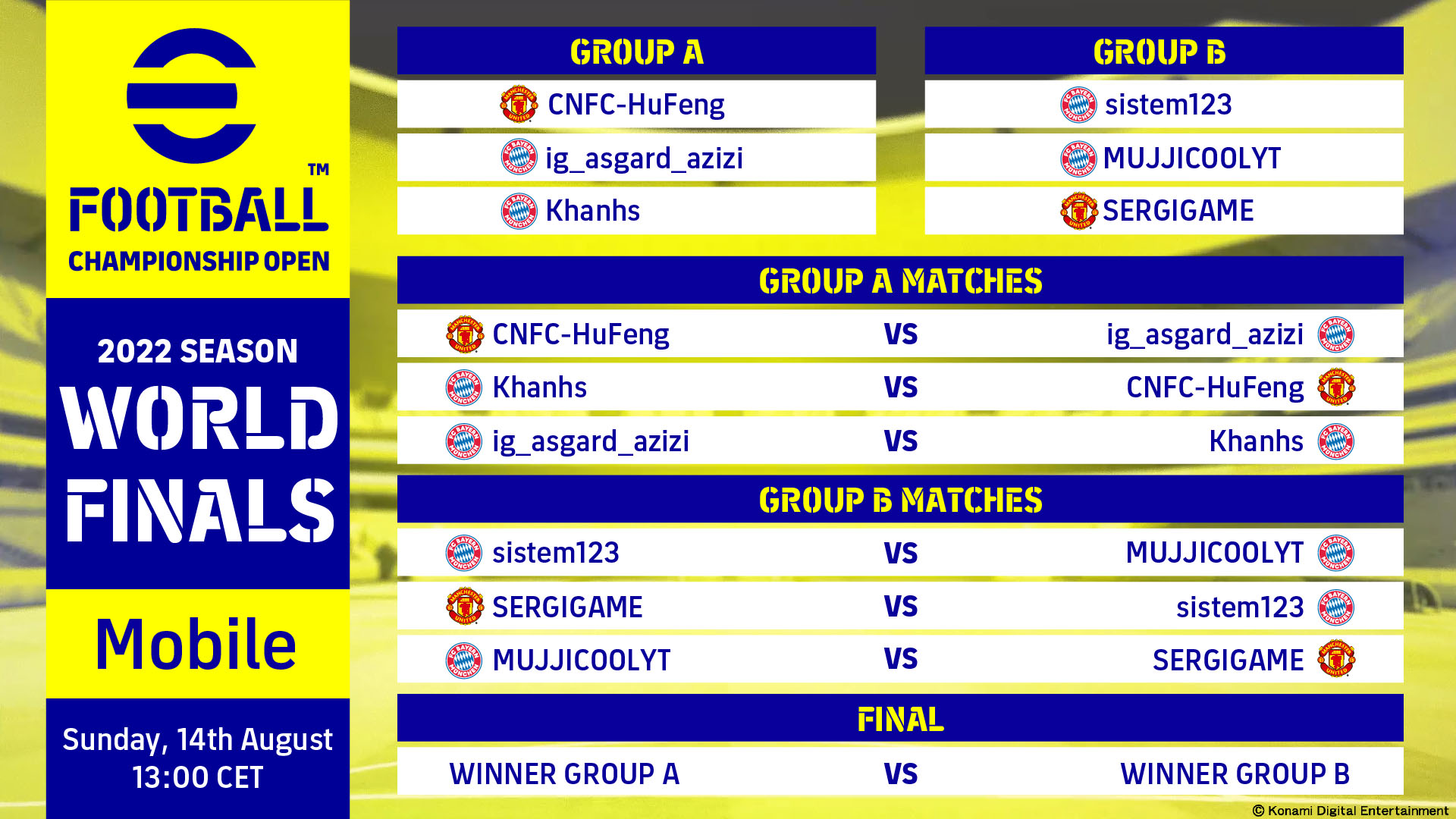 If you want to know a little bit more about the World Finals participants, head to our previous news article:

Stay tuned to the official eFootball™ accounts and don't forget to join the streaming on next Sunday, 14th August, at 13:00 CET. See you there!