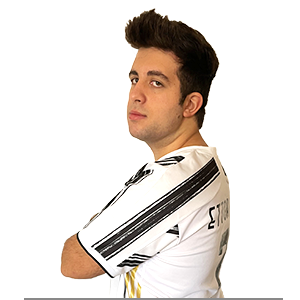 23-year-old Ettore was born in Bari, Italy. He represented Celtic FC during the first season of eFootball.Pro in 2018-19. This is his second season representing Juventus, and he was MVP last Matchday 2 and Day 1 of the eFootball.Pro Cup Knockout Stage. He is a well recognized player outside of eFootball.Pro IQONIQ as well, being PES World Champion of 1v1 in 2011 and 2018, PES World Champion of CO-OP in 2018, and WESG Olympic Champion in 2019. In his free time, Ettore enjoys playing ping pong and tennis.